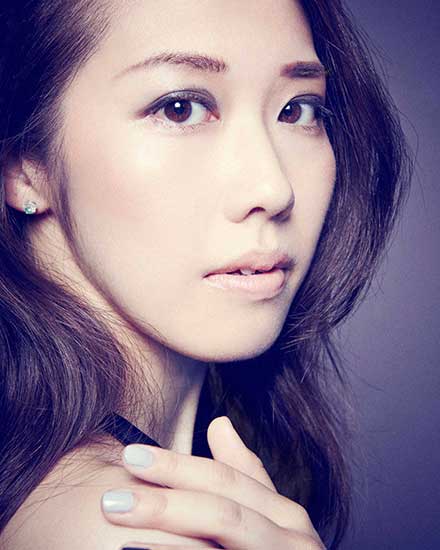 Miho Hazama, a New York-based jazz composer, is originally from Tokyo, Japan. She began playing the piano and electric organ when she was five years old and then started studying classical composition when she was 13. Kunitachi College of Music awarded Ms. Hazama a bachelor’s in Classical Composition in 2009. She was awarded a number of financial awards during college, including a Meiji Yasuda Quality of Life scholarship and a Kunitachi College of Music Scholarship for Overseas Study. She was also a Yamano Big Band Competition pianist and composer who won numerous prizes. Ms. Hazama received private instruction in jazz composition and piano from Phil Markowitz. She completed her master’s in Jazz Composition at the Manhattan School of Music in 2012. MSM awarded her a scholarship. She also participated in the Scholarship Program for Overseas Study of Upcoming Artists, a Japanese agency for cultural affairs. Ms. Hazama was awarded the ASCAP Foundation Young Jazz Composer Award in 2011. She also participated in the Metropole Orkest Arranger’s Workshop in The Netherlands, where her arrangements were performed by the Metropole Orkest and conducted by Vince Mendoza. Since 2007, Ms. Hazama worked with Yosuke Nagashita and Vince Mendoza as well as Shiro Sakamoto, Ryuichi Samoto, and Shiro Shiro. She also performed in the TV-Asahi “Untitled Concert,” Tokyo Philharmonic Orchestra and New Japan Philharmonic. Her arrangements have been performed in the USA, as well as in Japan, Poland and England, France, the Netherlands, and in England. From www.jamrice.co.jp