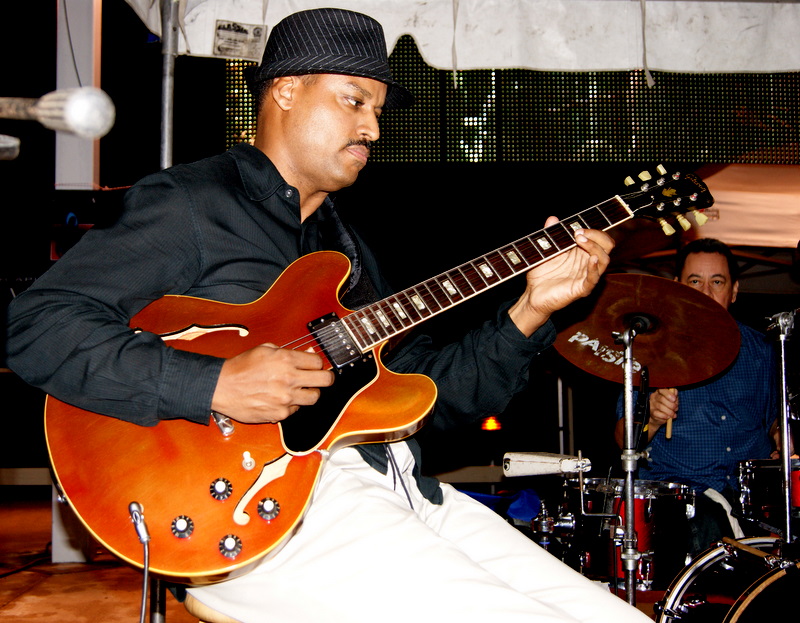 Mike Arroyo, a jazz guitarist, composer and arranger, is from Vega Baja in Puerto Rico. He was eight years old when he bought his first guitar. His twin brother, also a musician, was in the same school as Mike. Mike said that his parents Elvy, and Rev.Antonio Arroyo passed away. His twin brother Mike’s deep love of music was clearly sparked by Elvy and Rev.Antonio Arroyo, his parents who, Mike says, “Straight to Heaven”. They not only instilled in their sons a deep love for music but also a strong love for God, the Creator of all music. Mike studied at the Conservatory of Music and at the Interamerican University of P.R. He also studied with Georgina Olmo and Dr.Jorge Pastrana. They instilled in their sons a deep love for music, as well as a strong faith in God, the true Creator of music. Mike Arroyo is known as a pioneer in Puerto Rico’s sacred music scene. Mike completed his second musical production, “My Jazzy Mood”, in 2003 with the help of many international musicians, including Alon Yavnai and Richie Flores, Jason Lidner, Gene Jackson, and others. Mike arroyo, a Chrristian-jazz guitarist, had a lot of success in 2004. He produced “My Jazzy Mood”, his second musical production, with the collaboration of some of the most respected international musicians, including Alon Yavnai, Richie Flores, Jody Fisher, and Gene Jackson. In 2005,Mike continue with his pioneer work by holding his second “Christian Jazz Night” concert in Puerto Rico,including Latin/jazz musicians such as John Benitez,Angel David Mattos,Roberto Jimenez,Pedro Bermudez,Robert Cancel,Millie Laracuent,Angel Perez and Manny Arroyo to mention a few.This concert is available in DVD.In addition,Mike received the “Paoli Award” in the category of the best Cristian-instrumental album in 2005. Mike was elected Pastor of The Brenas Community Church IDDPMI in Vega Alta P.R. the same community where he was raised. My People Latin Award in P.R. nominated Mike in 2006. He began recording his Cd “Street Jam” from New Yersey in 2007. Mike was a successful participant in 2008’s Hartford Ct. Jazz Fest with his group. His third CD, “Transition”, was released in 2009. He uses the the jazz genre to praise the Lord and deliver Peace,Love and Joy to those who listen to him at churches,clubs,hotels and other venues. He has performed with Bobby Grozser and Jonge Marrero as well as John Benitez, Tony Marrero and Joe Marrero. Mike Arroyo gives lectures and workshops at his Academy of Music (Musiclab), Vega Baja in Puerto Rico. He is the most prominent exponent of sacred jazz in Puerto Rico. To God be the Glory. By.Dr.Jorge L. Pastrana http://mikearroyojazz.com