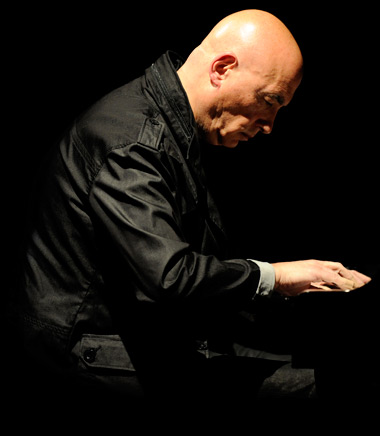 American pianist Mike Garson is most well-known for his work with David Bowie and Nine Inch Nails. He also worked with Billy Corgan, Free Flight and The Smashing Pumpkins. Garson graduated from Brooklyn College in 1970 as a music major. He was a member the rock/country/jazz group Brethren, along with Tom Cosgrove, Rick Marotta and Stu Woods. Two rare albums were recorded by them on the Tiffany label. They featured Dr. John’s liner notes and guest piano. Album photography was done by Murray Head. Head scored hits with “Say it Ain’t So Joe” as well as “One Night in Bangkok”. Garson was also a featured performer on the I’m the One album of Annette Peacock, an early 1970s experimental artist. Bowie approached Peacock about joining him on a tour. She declined but Garson formed an ongoing relationship with Bowie. Garson also pursued his solo career as a jazz pianist. Garson is known in the industry for being one of few rock pianists who can play extended solos on the piano. His unique sound continues to be a sought-after talent. Garson started a series of Screen Themes albums in 1993. These were jazz arrangements of major themes and sequences from 1993 film scores. They ended the year 1994. Jessica L. Tivens (13 years old) recorded the debut album. She had appeared previously on Star Search. Discovery Records released both albums. Garson was part of the 1975 reformed Spiders From Mars, along with Mick Woodmansey (guitar), Trevor Bolder (guitar), Dave Black (guitar), and Pete McDonald (vocals). Before going their separate ways, they recorded one album together in 1976. He was a keyboardist, pianist, and synthesizer player who joined the Smashing Pumpkins’ Adore tour. He was a key part of the Pumpkins’ performance with his piano playing. He joined Corgan for his solo album, the soundtrack to the film Stigmata. Garson didn’t perform “Le Deux Machina”, but he did play the piano on the “Glass and the Ghost Children”, Machina/The Machines of God album. This was actually a portion of the version on The Friends and Enemies of Modern Music tape. Garson also performed the piano part of “With Every Light” from Machina/The Machines of God. Garson was also a member of Nine Inch Nails’ album The Fragile. He has also performed with No Doubt, and many other artists. Mike Garson recently appeared on Myspace as his own musician site. He has released more than 50 tracks. He is currently working on three albums and collaborating with many bands as a touring musician/session musician. His most recent collaboration appears on the album A Home by French artist Kuta. Garson was also credited with co-writing the song “Something Unseen” from Athens, GA powerpop band Chris McKay.