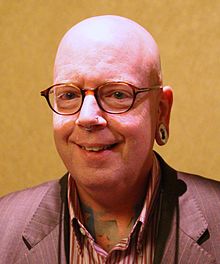 Mike Jones was born August 11, 1962 and is an American jazz pianist. Since 2006, he has performed onstage with Penn and Teller and continues to perform with them at their Las Vegas nightly show. As a young musician, Jones received a lot of praise. He started performing professionally at age ten. Oscar Peterson advised Jones to attend Berklee School of Music in Boston. Jones began his career as a studio musician while he was still at the school. Jones was the music director and on-air pianist for the Nancy Merrill Show while commuting between Boston and New York. Jones also performed with jazz musicians Gray Seargent, Herb Pomeroy and Dick Johnson throughout New England. His first solo album, “Oh, look at me now”, was released on Chiaroscuro Records in 1994. The next was “Runnin’ Wild”, which he recorded in Buffalo, NY. “Live At Steinway Hall” was then released in New York City. Mike was invited to perform at the Floating Jazz Festival, which took place on the S.S. Norway, and later on the Queen Elizabeth II, because of his association with Hank O’Neal. The Verve reissued Oscar Peterson’s On The Town included liner notes by Neil Tesser and extensive commentary from Mike Jones. Penn Jillette met him at a Las Vegas Resort and was invited to Stretches Out recording sessions. This is Jones’s fourth solo album for Chiaroscuro. He was invited to join the Penn