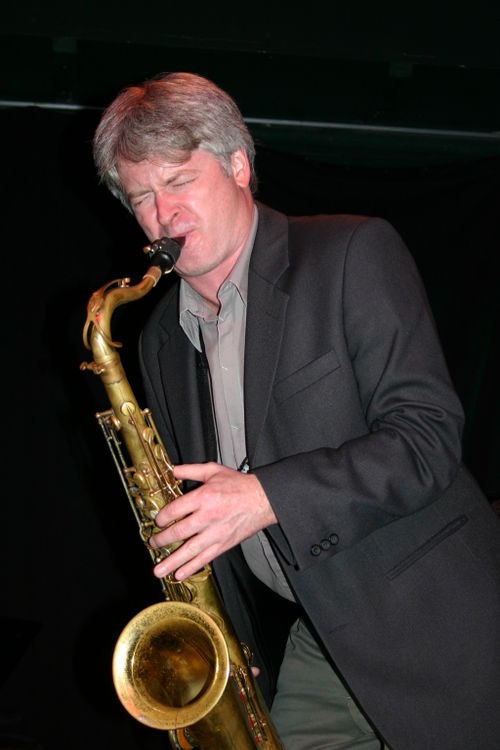 Mike Murley, a lyrical, engaging saxophonist is one of Canada’s best jazz talents. He is also one of the most versatile players in the world today. Murley is currently active as a leader of various formations, from duo to trio, and also keeps a busy schedule (University of Toronto) as a jazz educator and sideman. Murley has been a saxophonist on eight Juno Award-winning recordings, and was also named Jazz Report Awards/National Jazz Awards saxophonist the year eight times. Murley’s career has been diverse since he moved to Toronto in 1981 from Nova Scotia. The saxophonist’s abilities in the mainstream standard repertoire are evident in recordings with Canadian veterans like Guido Basso and Ed Bickert. Murley often collaborates with younger improvisers/composers, such as guitarist David Occhipinti and pianist David Braid. Murley is also known for his work as a member of the multi-Juno Award-winning, electric jazz group Metalwood. The group released six critically acclaimed albums from 1997 to 2003. He has also recorded and performed with many other Canadian and international artists, including Kenny Wheeler and John Scofield. Murley’s first recording with his septet, Still rolling (Cornerstone Records), was nominated to a Juno 2012. It features Murley’s original compositions and arrangements as well as some of Canada’s best jazz improvisers. The Melody Lingers On, Murley’s critically acclaimed 2006 album (CBC Records), features his trio performing live at the Glenn Gould Studio. Rick Wilkins conducts the string quartet. The recording also features Guido Basso (flugelhorn), Tara Davidson (saxes), and string arrangements by Murley as well as Reg Schwager (guitar). Murley’s Juno Award-winning recordings in 1991 for Two Sides, (Unity Records), and 2002 for Live at the Senator, (Cornerstone) were Murley’s Juno Award-winning recordings. Test of Time, Murley’s Juno Award winning trio featuring legendary guitarist Ed Bickert, and bassist Steve Wallace, is due out in November 2012. This 1999 recording was recorded. It is a newly rediscovered recording that features Bickert, who retired from professional playing in 2001. Murley was appointed a full-time lecturer at the University of Toronto Faculty of Music in August 2011. He also taught at York University, Humber College and was a visiting faculty member at the Banff Centre for the Arts. from http://mikemurley.com