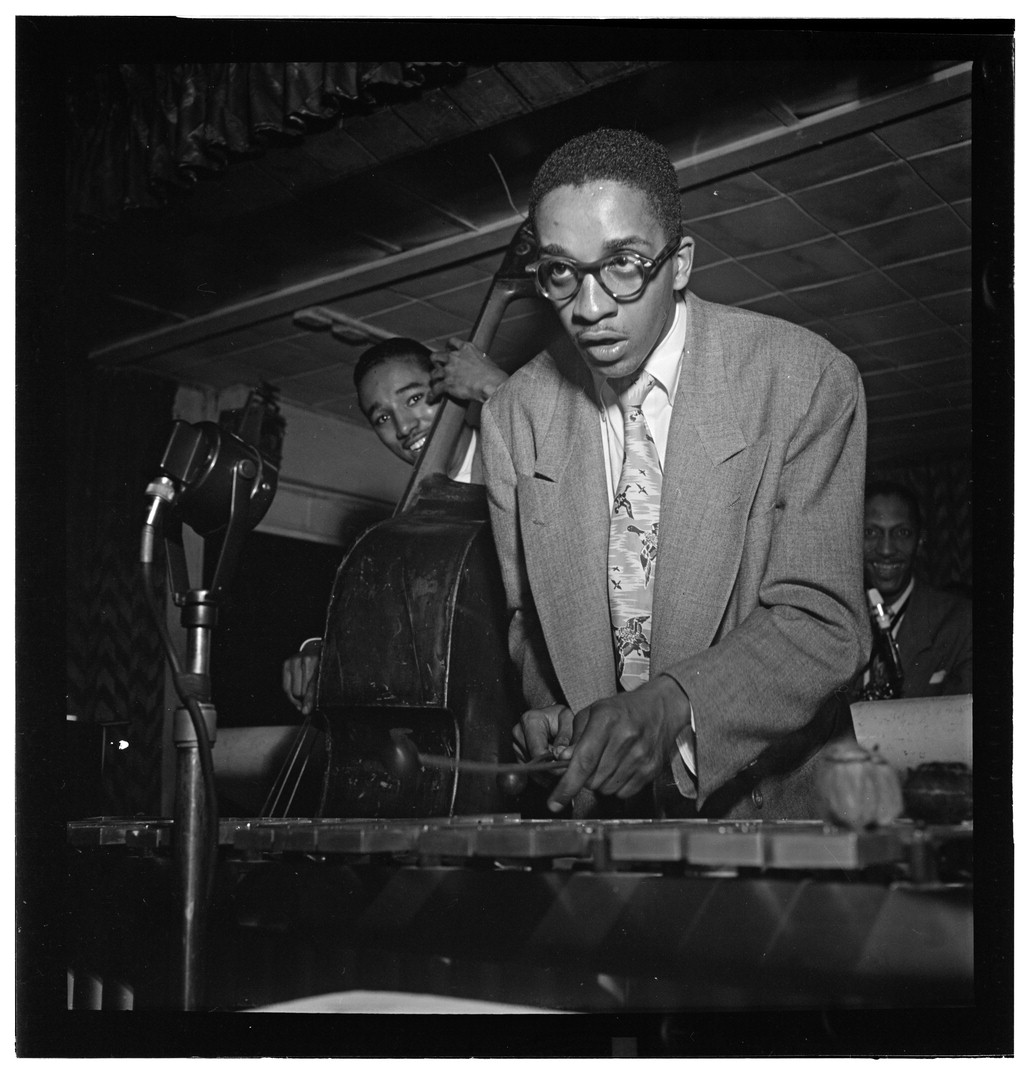 Milton “Bags” Jackson (January 1, 1923 – October 9, 1999) was an American jazz vibraphonist, usually thought of as a bebop player, although he performed in several jazz idioms. He is especially remembered for his cool swinging solos as a member of the Modern Jazz Quartet and his penchant for collaborating with several hard bop and post-bop players. A very expressive player, Jackson differentiated himself from other vibraphonists in his attention to variations on harmonics and rhythm. He was particularly fond of the 12-bar blues at slow tempos. He preferred to set the vibraphone’s oscillator to a low 3.3 revolutions per second (as opposed to Lionel Hampton’s speed of 10 revolutions per second) for a more subtle vibrato. On occasion, Jackson would also sing and play piano professionally. He was discovered by Dizzy Gillespie, who hired him for his sextet in 1946 and also kept him for larger ensembles. He quickly acquired experience working with the most important figures in jazz of the era, including Woody Herman, Howard McGhee, Thelonious Monk, and Charlie Parker. In the Gillespie big band, Jackson fell into a pattern that led to the founding of the Modern Jazz Quartet: Gillespie maintained a former swing tradition of a small group within a big band, and his included Jackson, pianist John Lewis, bassist Ray Brown, and drummer Kenny Clarke (the arguable pioneer of the ride cymbal timekeeping that became the signature for bop and most jazz to follow) while the brass and reeds took breaks. When they decided to become a working group in their own right around 1950, the foursome was known at first as the Milt Jackson Quartet, becoming the Modern Jazz Quartet in 1952, by which time Percy Heath had replaced Ray Brown. Known at first for featuring Jackson’s blues-heavy improvisations almost exclusively, the group came in time to split the difference between that and Lewis’s more ambitious musical ideas (Lewis had become the group’s musical director by 1955, the year Clarke departed in favour of Connie Kay), boiling the quartet down to a chamber jazz style that highlighted the lyrical tension between Lewis’s mannered but roomy compositions (as committed as he was to formalising the group’s style, Lewis always left room enough for improvisation, whether his own spare piano style or Jackson’s bluesy style) and Jackson’s unapologetic swing. The MJQ had a long independent career of some 20 years until disbanding in 1974, when Jackson split with Lewis, partially in an attempt to make more money on his own and more likely because he sought the improvisational freedom he once enjoyed. However, the group reformed in 1981 and continued until 1993, after which Jackson toured alone, performing in various small combos, though not saying no to periodic MJQ reunions, either. From the mid-70s to the mid-80s, Jackson recorded for Norman Granz’s Pablo Records, including Jackson, Johnson, Brown & Company (1983), featuring Jackson with J. J. Johnson on trombone, Ray Brown on bass, backed by Tom Ranier on piano, guitarist John Collins, and drummer Roy McCurdy. He also guested on recordings by many leading jazz, blues and soul artists, such as B.B. King, John Coltrane, Wes Montgomery, and Ray Charles. His composition “Bags’ Groove” is a jazz standard (“Bags” was a nickname given to him by a bass player in Detroit. “Bags” referred to the bags under his eyes[1] from his habit of staying up all night.[citation needed]). He has been featured on the NPR radio program Jazz Profiles. Some of his other signature compositions include “The Late, Late Blues” (for his album with Coltrane, Bags & Trane), “Bluesology” (a Modern Jazz Quartet staple), and “Bags & Trane.” He died on October 9, 1999, aged 76, and was interred at Woodlawn Cemetery, Bronx, NY. Milt Jackson was a resident of Teaneck, New Jersey. from wikipedia