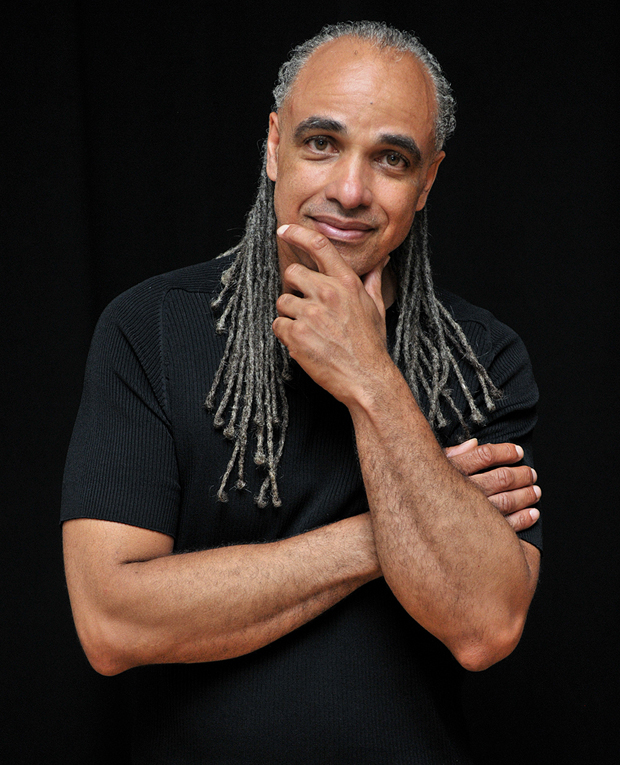 Mino Cinelu, a French musician, was born in Saint-Cloud, in the suburbs Paris in 1957. He is an accomplished musician who plays many instruments, is a programmer, composer and producer. But his most well-known skill is that of a percussionist. Cinelu started playing music in his childhood. His father and two brothers were musicians. He also began to play in concert halls in Paris (such as the Chapelle des Lombards). He was interested in many styles of music, including jazz, rock, salsa, and more obscure ones like Romani music and Egyptian chants. Later, he would expand his musical repertoire to include flamenco and African music, Japanese music and Slavic music. Cinelu was attracted to the bongo drums as a first instrument. He then decided to live on his music. Cinelu was a frequent bongo player on the streets, where he began to experiment with improvisation. He became more interested in French jazz fusion at the end of the 1970s, where he made many connections to other musicians and members the music industry. He worked at various times with Jef Gilson and Chute Libre. He began to play with artists like Bernard Lavilliers and Colette Magny. He moved to New York in 1979. After a rough start, he eventually met many musicians in the area, including Wayne Shorter and Kenny Barron. He learned new instruments in different settings. For example, he was a bass player in a gospel choir. He also taught drum lessons and made some extra money. He met Miles Davis in the early 1990s while playing in a New York soul band at Mikkel’s. Miles offered him the job of percussionist in his band, along with Al Foster, the group’s drummer. Cinelu was ready to go on a Miles Davis tour after a month of rehearsals. Mino Cinelu was much in demand after his breakthrough with Miles Davis. Joe Zawinul approached Mino Cinelu to be his Weather Report percussionist during a concert at Hollywood Bowl. Mino Cinelu was excited to have the opportunity to play with this quintessential jazz-fusion band. He joined the band immediately without ever having to practice. Omar Hakim, the drummer, helped him to continue improving his percussion skills. He also began to compose music during this time with the help of Joe Zawinul (piano) and Wayne Shorter (saxophone). Cinelu played with Michel Portal, after Michel had seen him perform at the Theatre du Chatelet alongside Miles Davis. Cinelu started a solo career in the 1990s. In 2000, he released his first solo album Mino Cinelu. It was followed by Quest Journey in 2002, and La californie (2006). Many jazz musicians consider Mino Cinelu one of the “greatest drummers in the entire world.” Mino Cinelu is the father of Angelique Cinelu, a pop singer. Text contributed by users is available under Creative Commons By–SA License. It may also be available under GNU FDL.