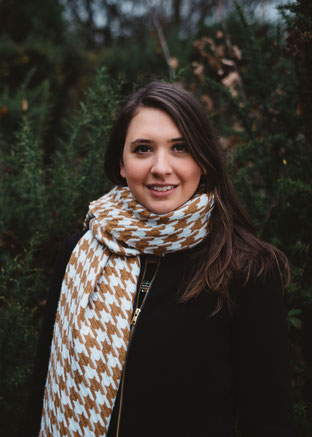 Miriam Ast, a German jazz singer and saxophonist, composer, teacher, and composer, is based in London. She is a senior lecturer in music at Leeds College of Music. In July 2016, she graduated from the Royal Academy of Music with a MA in jazz singing. She was among seven semi-finalists at the Shure Montreux Jazz Festival Voice Competition, Switzerland in May 2017. This competition saw her perform with some of the most gifted jazz singers in the world. She was awarded the Best Vocalist Prize at the Bucharest International Jazz Competition in May 2017 with her duo with Victor Gutierrez, a Spanish pianist. Their debut album, Secret Songs, was recorded in August 2017. They also launched a Kickstarter campaign to fund their album’s release in 2018. Miriam is also a leader of a quintet that includes some of the best upcoming musicians in the London jazz scene, with whom she performs original compositions. Her music is influenced by folk, modern jazz and free improvisation. Miriam is a member the acclaimed London Vocal Project, under the direction of Pete Churchill, since 2015. She has had the opportunity to perform with the vocal group at EFG London Jazz Festival and Cambridge Jazz Festival, as well as Pizza Express Jazz Club and the 606 Club. She was also part of the Miles Ahead vocal group, which was an adaptation vocal of the famous instrumental album of Gil Evans with Jon Hendricks. They performed the world premiere at St. Peter’s Church, Manhattan, New York in Jon’s company in February 2017. Miriam, who was living in Germany, graduated from Mainz’s conservatoire with a bachelors degree in jazz saxophone singing and a membership of the prestigious German National Jazz Orchestra (“BuJazzO”) from 2012 to 2013. She had the opportunity to perform alongside some of the most prominent musicians in the German jazz scene, including Sebastian Sternal, Peter Reiter, Gerd Dudek, and Sebastian Sternal, who were all recipients of the echo jazz award. Miriam sings with Klezmers Techter, a German band. From www.miriamast.com