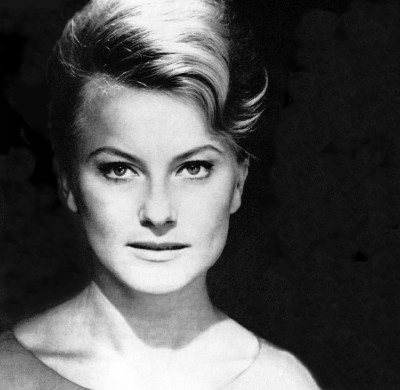 Monica Zetterlund, born Monica Nilsson in Hagfors in Varmlands Lan, Sweden on September 20, 1937, and died in Stockholm on May 12, 2005. She was a Swedish actress and singer. More than 20 films and TV series featured her, including The Emigrants (1971), with Liv Ullman u0026 Max von Sydow. Her jazz songs were particularly well-known. She was an exceptional singer. She recorded the 1964 jazz album Waltz for Debby together with Bill Evans. Many younger Swedish singers admired her as a role model. En gang i Stockholm, which she represented Sweden at the Eurovision Song Contest 1963, was another part of her long career. She was last in the contest and received the null points. However, she managed to be a successful singer in Sweden. Due to her scoliosis, she was forced to quit performing in 1999. She was killed in an accident fire that occurred in her Stockholm apartment on May 12, 2005. Text contributed by users is available under Creative Commons By–SA License. It may also be available under GNU FDL.