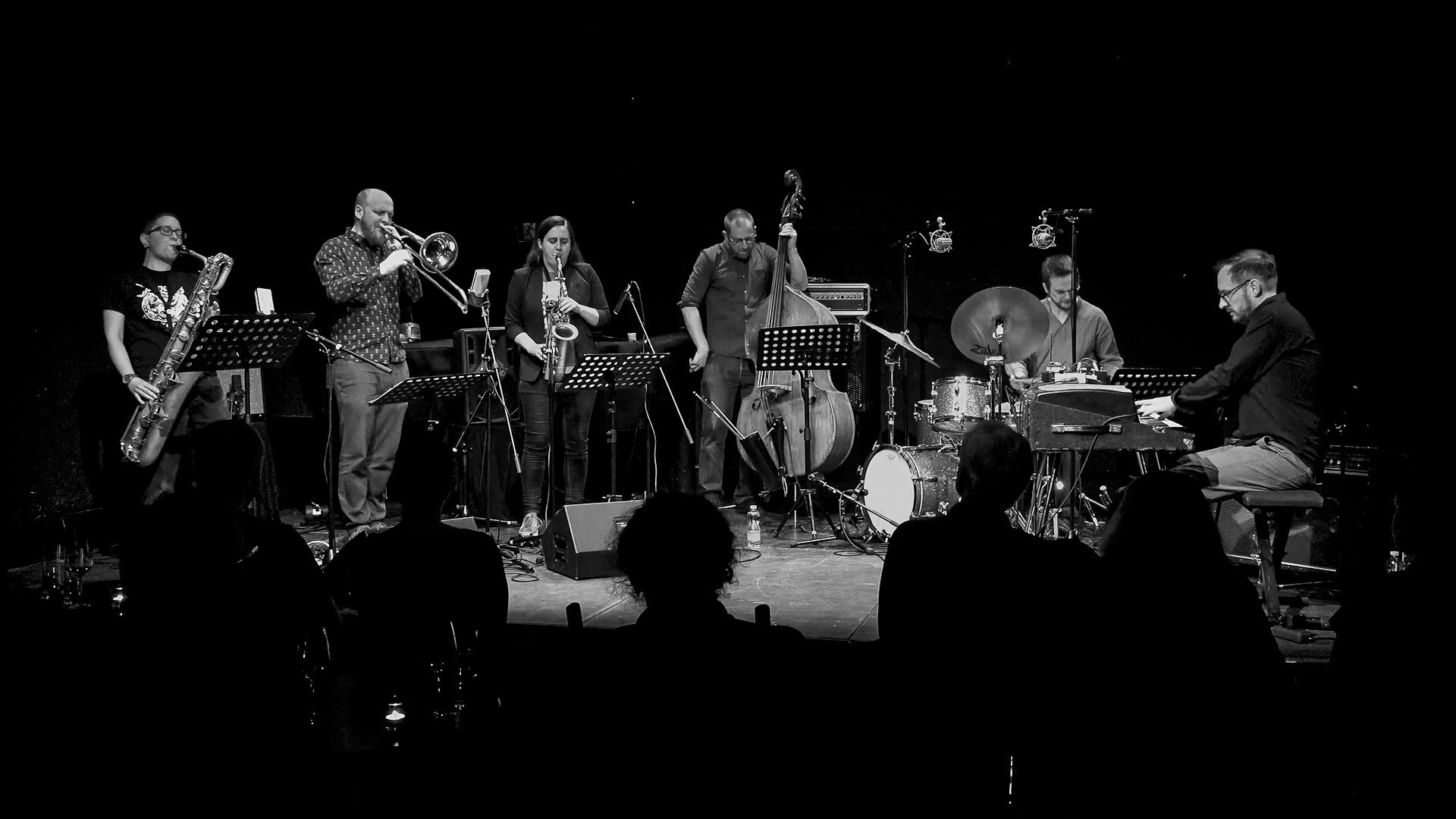 MoonMot was a UK/Swiss sextet that was formed in 2017. The musicians met for the first time in Switzerland during LUME’s visit to Jazzwerkstatt Bern. The sextet also played their first gig at London Jazz Festival 2017, supporting The Thing. The group toured Switzerland in 2019 and recorded their debut album. It was also released with a European tour. from http://cathrobots.co.uk