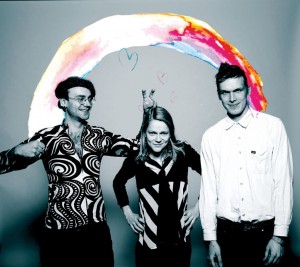 Mopo is a group of talented musicians from Finland. In 2009, the trio of talented musicians from Finland saw the light of day after a bar fight. Mopo (“a moped”) can accelerate quickly from zero to speed of light. But the trio prefers to pedal the gas for an entertaining ride through the countryside. Their inspiration comes from jazz, 70s Punk and Finnish nature. Every composition is born out of the magic of the moment. Mopo’s energetic performances have won the hearts of jazz clubs all across Finland. Mopo was selected to participate in the Young Nordic Jazz Comets Finnish Tryouts in May 2011. He received a lot of attention at the Stockholm finals. Mopo released four albums: “Jee!” (2012), “Beibe”, (2014), and “Laivalla,” (2016) all on Texicalli Records. “Beibe”, won the Finnish Emmy (Emma), in the best jazz album category. We Jazz Records released the fourth album, “Mopocalypse”, in January 2018. Mopo’s powerful performances have won over hearts all around the globe. Mopo has been touring Mexico, the UK, Sweden and Norway in recent years. from http://jazzfinland.fi