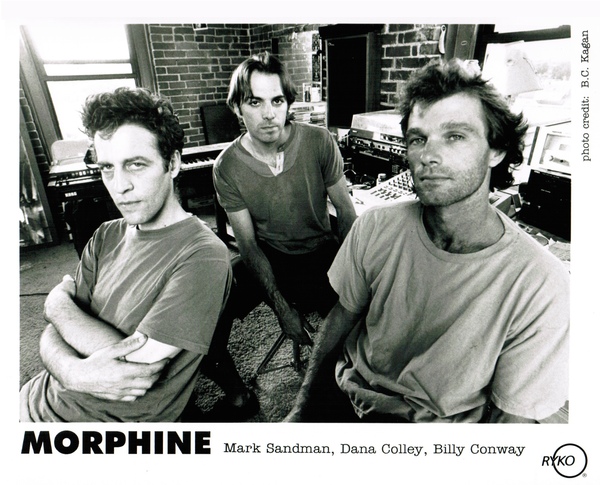 Morphine was founded in Cambridge, MA in 1990 as a lighthearted experiment with darkness. The band found a home in the vibrant local music scene. This scene had also nurtured Billy Conway’s old punk-blues group, Treat Her Right, and Dana Colley’s original group, Three Colors. The band toured all over the globe, playing at festivals in Europe and New York City’s Central Park Summerstage. Mark Sandman fell during the second song of the band’s July 3, 1999 performance in Palestrina (Italy). On the way to the hospital, he was declared dead by the ambulance. He was 46 years old. Dana Colley and Billy Conway continue to work together on Twinemen, their latest project keeping Mark Sandman’s legacy alive. From discogs