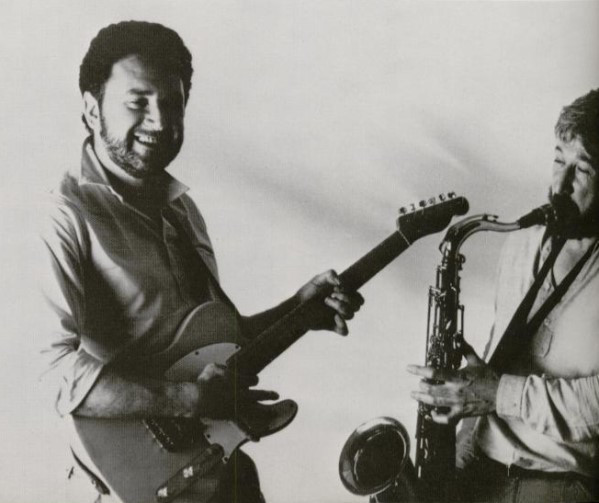 Morrissey Mullen was formed by jazz saxophonist Dick Morrissey, and guitarist Jim Mullen. It was one of the most important and respected Jazz-Funk Fusion bands to ever work in the UK. The band was formed in 1976 and soon played to packed houses all over the country. Jim’s piercing guitar playing paired with Dick’s muscular and highly inventive sax soloing made for a unique sound that is still being talked about today. The band was a full-time, working entity for more than 12 years before it disbanded in 1988. Unfortunately, Dick Morrissey passed away in 2000. He is greatly missed. The Morrissey Mullen legacy band features Jim Mullen on guitar and Dave Lewis on tenor Saxophone. Noel McCalla sings along with a great rhythm section. From www.jazzfm.com