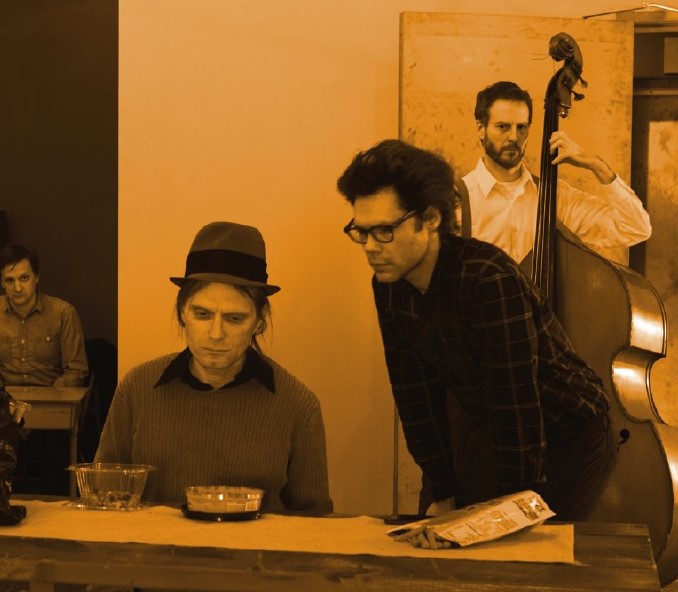 Mostly Other People do the Killing is a jazz group based in New York City. It includes trumpeter Peter Evans and Jon Irabagon as well as Moppa Elliott, Moppa Elliott, and Kevin Shea. The group was formed in 2003. It has released three albums on Elliott’s Hot Cup label, including Shamokin! This Is Our Moosic and! These two albums have cover art that parodies classic albums of Ornette Coleman and Art Blakey. Jon Irabagon won the 2008 Thelonious Monk International Jazz Saxophone competition and released his first album under the Concord Records label. Mostly Other People Do The Killing won the Rising Star Ensemble category of the 57th Annual downbeat Critics’ Poll. In the Rising Star Trumpet, Rising Star Alto Saxophone and Rising Star Composer categories, Elliott, Irabagon and Evans were all included. While both were Oberlin Conservatory of Music students, Moppa Elliott, the bandleader, met Peter Evans. Elliott met Jon Irabagon when he moved to New York City through Jon Lundbom, guitarist at the Manhattan School of Music, and Kevin Shea through Mary Halvorson. MOPDtK plays Elliott’s compositions, which are all named after Pennsylvania towns. Many performances take the form large, multi-part suites, in which the group alternates between original music and jazz standards. They often use theatrics as well as elements of pop, rock, and classical music. Mostly Other People Don’t Killing was a performer at the 2009 Moers Festival. They have toured both the U.S.A. and Europe. Their albums Shamokin! Both Shamokin!!! and This Is Our Moosic made it into the Top 10 albums of the year. from http://en.wikipedia.org