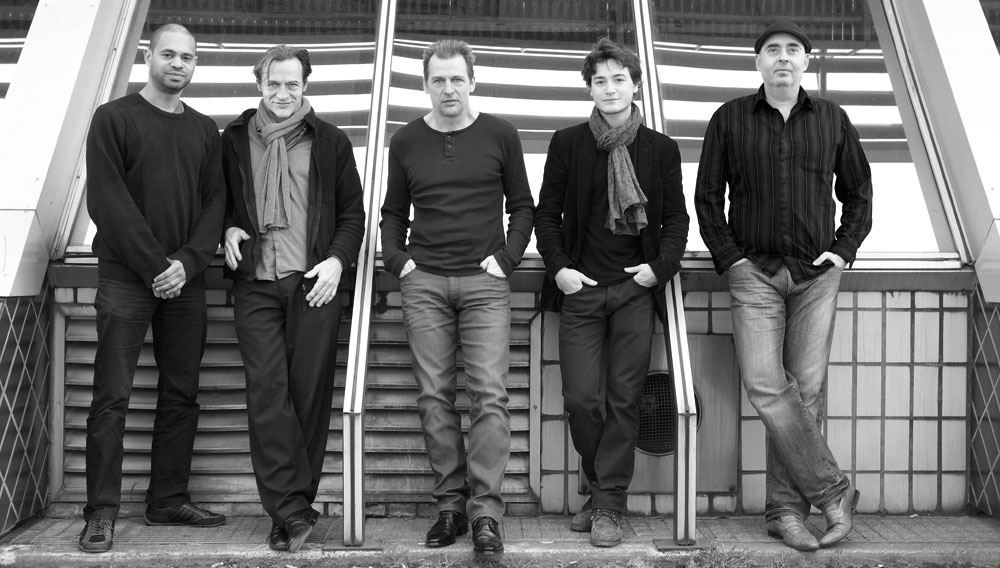 Francois and Louis Moutin Brothers have been a prominent part of the Moutin Reunion Quartet over the years. They are also well-known as sidemen due to their mastery of their instruments, drums and bass. The Quartet, which featured Rick Margitza, Pierre de Bethmann and Francois Moutin, has released five recordings that were well received. Now, the Moutins are releasing their new project, Moutin Factory Quintet. It features saxophonist Christophe Monniot and guitarist Emmanuel Codjia. Thomas Enhco is the pianist. The one thing that remains the same is the Moutins music’s personality. It’s unfettered stylistically and provocatively arranged with a lot of interaction and zestful improvisations. This new group sounds timeless and incredibly vital, with six originals by Louis, a Parisian, and three by Francois, a New York resident. From http://jazztimes.com