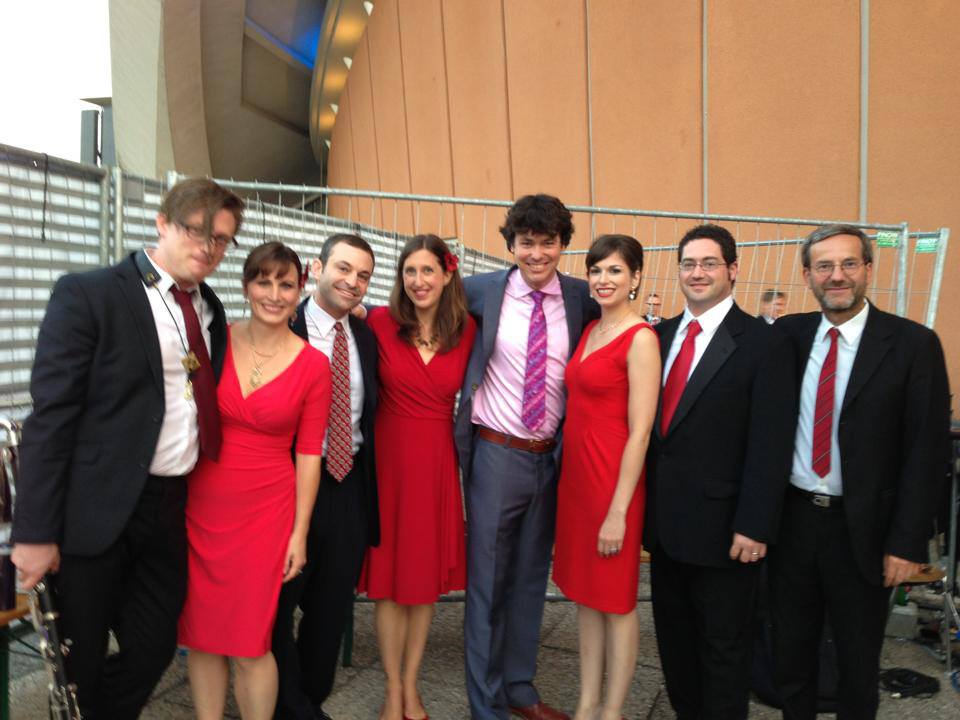 With Mr. Ho’s Orchestrotica, you can venture beyond the moon! Mr. Ho’s Orchestrotica, a 22-piece big band led by vibraphonist, composer, and percussionist Brian O’Neill, presents the incredible space-age, bachelor-pad sounds of Juan Garcia Esquivel live on stage. Esquivel, a studio orchestra arranger from the 1950s and 60s, was well-known for his use of blistering brass and boisterous Latin percussion. He also had a mid-century Hollywood sound. Esquivel is best known for being one of the first to exploit the stereo (two channel) sound format. He released many albums that were only intended for home hi-fi listening and never performed live…until now. Mr. Ho’s Orchestrotica began as a side project by Boston-based band WAITIKI, of which Mr. Ho is an original member. After discovering the More of Other Worlds and Other Sounds CD in a Keane record shop, Mr. Ho became interested in Esquivel’s big-band music. He thought that an Orchestrotica would be able to perform the music live and suggested that the band prepare an Esquivel set to add to an upcoming performance. After searching for music and finding sheet music to rent, he was directed to Brother Cleve (Combustible Edison), a musician and Esquivel friend who told him that the original manuscripts of Esquivel’s arrangements had disappeared many decades ago! He was a natural transcriptionist and has a gift for pitch. Mr. Ho decided to continue the Esquivel project. A group of him worked to transcribe some Esquivel’s arrangements using the original recordings. The result was a debut concert in Boston, where nine arrangements were performed by a 17-member band. In 2008, Mr. Ho left WAITIKI to form Mr. Ho’s Orchestrotica. This would include the Esquivel bigband and an exotica quartet from the third stream. Their transcriptions include Esquivel’s most bizarre works, such as Infinity in Sound, Esquivel 1968!!, and Other Worlds, Other Sounds. The Esquivel group includes 22 musicians when performing. This is roughly the combination of standard bigband instrumentation, four singers, extensive mallet percussion, hand percussion and accordion, Hammond B-3 or Hammond B-3 organ and bass flute. International interest grew after several performances in Boston. The group performed in Mexico City for more than 1000 people on April 1, 2006. They were participating in Festival de Mexico’s Homenaje Nacional a Juan Garcia Esquivel. They returned to Mexico in October 2008 for another performance at Festival Internacional de los Nuevos Vientos Ecatepec. Two years later, their debut album, The Unforgettable Sound of Esquivel was released. It received four stars from Sunday Times London exquisite care to details and was named a Top CD by AllAboutJazz for 2010. It is currently available in 10,000 Starbucks locations across the country. The group’s first quartet album Third River Rangoon will follow in May 2011. The Orchestrotica, a vibraphone quartet, presents a unique third-stream collection that reflects the exotica of Martin Denny and Milt Raskin, Tchaikovsky and Shostakovich. It also features updated jazz, chamber and world music that reaches towards the South Pacific via Asia and the Balkans. The Boston Globe perhaps describes the band best: “…a marvelously flexible unit that can morph from a small combo to a full-blown 23-piece orchestra…” from www.orchestrotica.com