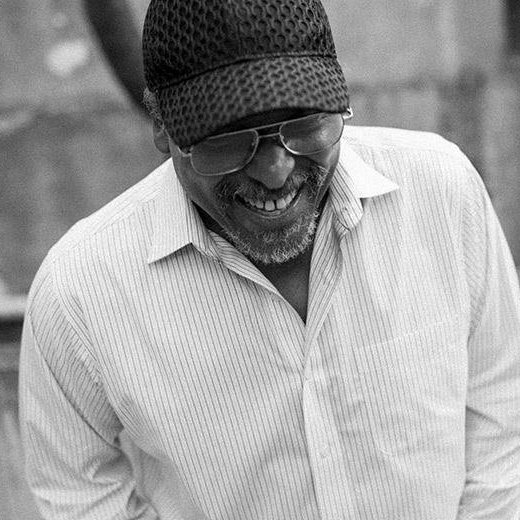 James Mtume has demonstrated that a musician’s reputation can reflect more than their music. He has maintained a balance between his music, and his sociopolitical awareness for decades. He is a master at pushing the boundaries, whether as a composer or producer, songwriter, activist, and has made an indelible impression on the world since the 1970’s. He was a well-respected orator and emphasized it as a political commentator. He represented delegations worldwide via his old #1 black talk radio station in New York, Open Line. The Philadelphia native, who is biologically the son of jazz saxophonist Jimmy Heath but was raised by Bertha Forman and James Gates Forman, a pianist in Charlie Parker’s band. He grew up in a jazz-loving household and by age 14 had met a number of jazz legends. He also saw Malcolm X live. With such an array of influences–including his mother’s adult-like discussions with him–he formed into a mature thinker early on. His future path was not music-oriented. His parents discouraged him from becoming a jazz musician, despite being surrounded with music. He became the first African-American Middle Atlantic AAU champion in backstroke. He entered Pasadena City College in 1966 on a swimming scholarship. His coach helped him develop his competitive skills for the 1968 Olympics. Mtume was able to develop his socio-political awareness by living on the West Coast, which coincided with the 1960’s Black Power movement. After he joined Us, a nationalist group led by Maulana Karanga (founders Kwanzaa), his activism began to take shape. His embrace of African culture was a catalyst for his life-style change, even down to his name: “Mtume”, which is Swahili for “messenger”. His development as a drummer was also encouraged by his involvement with African dance groups. Mtume began to be known back east after he sat in on sessions where his uncle and father would perform Los Angeles with artists such as Herbie Hancock. He was able to mix musically with the best jazz musicians, including Miles Davis, Freddie Hubbard and John Coltrane’s piano player McCoy Tyner. He moved to New Jersey after being asked to be part of Poet and Activist Amiri Baraka’s Committee for Unified Newark to elect the first black mayor. He was still a musician and was even invited to perform with major acts. Miles Davis recruited him and he soon joined the band. He was a percussionist on international tours from 1971 to 1975. Davis, who was known for his passionate views and militant outlook, was an influence on Mtume. He proved that artists could succeed in their chosen art form while still sticking to their ideals. Mtume was not afraid to explore new territories, adding culturally conscious themes to his music and jazz compositions. From contributions to albums with Bobby Hutchison and Harold Land, he progressed steadily, including playing on more than 80 albums with a variety other musicians, including recording with Duke Ellington on Flying Dutchman, Sonny Rollins and Dizzy Gillespie. He also recorded with Roberta Flack on Blue Lights in The Basement and Lonnie Smith on Astral Traveling. His first three albums were composed of acoustic jazz pieces recorded while he was still performing under Davis. Alkebu-Lan, Land of The Blacks was released by the Mtume Umoja Ensemble in 1972. The albums were followed by Kawaida, Alkebu-Lan, and Rebirth Cycle, which were independently produced in 1973, 1975, and 1977, respectively. He merged the best of both analog and digital into his unique sound in the 1980’s. He was influenced by jazz’s complexity, color, and technology’s drum machines. However, he stated that his goal was to “reduce every note to their highest common denominator”.