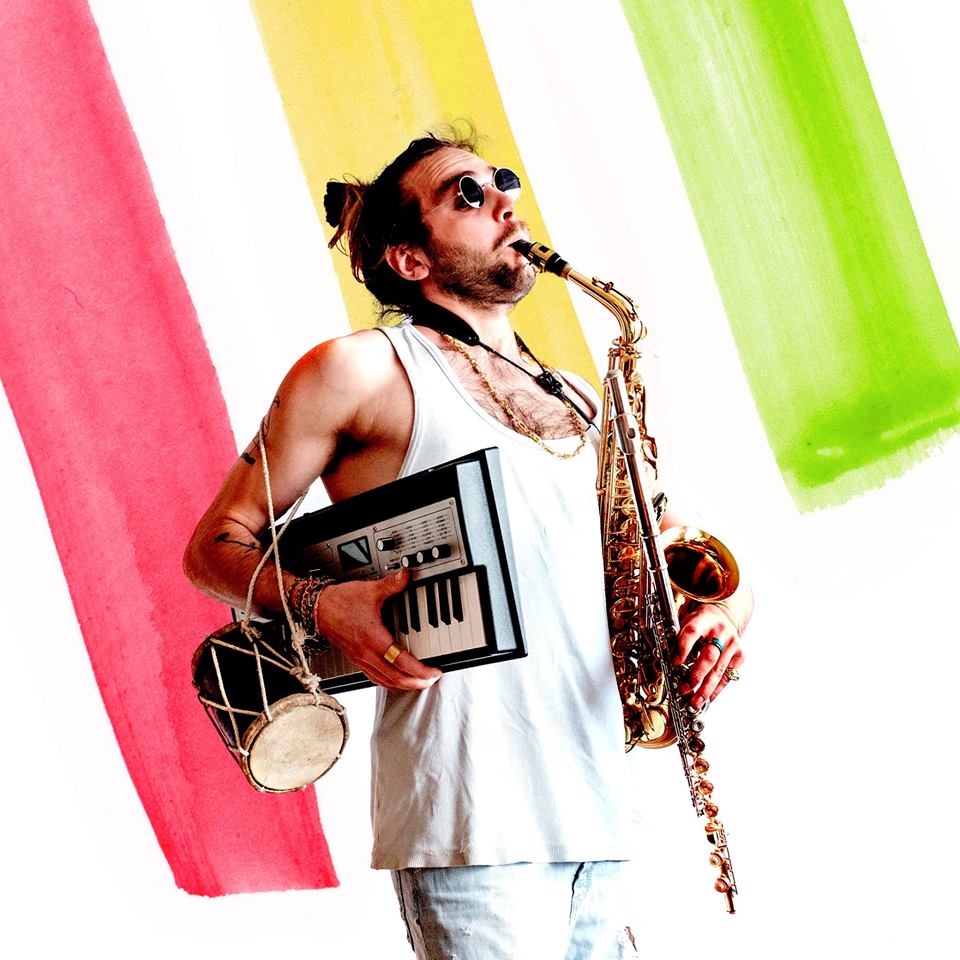 Muito Kaballa is a one-man-band and multi-instrumentalist from Cologne, Germany, and the latest signing to Switchstance Recordings. Muito plays all instruments (drums, bongos, guitar, keyboards, trumpet, flute, keys, trumpet, and bass) and layers them with a loop station. This creates an infectious groove that combines Afrobeat, Funk, and Jazz. Muito Kaballa started performing on the streets of Cologne in 2017 as part of his Guerilla Soundbombing Project. He soon began to perform in other cities in Germany, Austria and gained a large following that led to concerts and gigs. He recorded his debut album, “Everything Is Broke”, in 2018. It will be available on Switchstance Recordings May 10th. “Lugar Ao Sol” was the first single taken from the album. It is accompanied by an exclusive remix from Afrikan Roots, a South African Afro House band, which has just signed to Switchstance Records for their “Kora EP” and full album. Muito Kaballa’s music pushes boundaries, but he always returns to the groovy Funk/Afrobeat vibe that makes him feel at home. “Lugar Ao Sol” a rousing slice of Afrobeat is enhanced by a flute groove, hypnotic drums and infectious percussions. Afrikan Roots remix takes the track in a new electronic direction but still retains its original intent. from www.willwork4funk.com