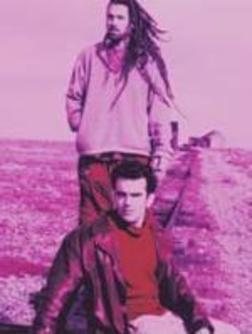 Muki, a.k.a. Luke Mullen, Jules Evans, have been creating luscious, laid back music for more than three years. They combine intelligent programming with live musicianship and create beautiful, blissed out atmospheric grooves. Their latest sounds represent Mukis’ natural musical progression and personal development to date. Mukis has a rich musical history. Jules started his career as a session drummer before he decided to become an engineer. He produced music for Tony Sapiano and Sabres Of Paradise. Subconscious Records has released his tracks as Jata. Jules is currently working on several projects, including the Underwolves and The Western Rebel Alliance. He has also been involved in Salmonella Dub, which has taken him to places as far as New Zealand and India. Luke started playing in jazz funk bands at the tender age of 16 and then moved on to programming, where he has been involved ever since. Their debut single, Mantra ‘Jahbar, was released in early 1998. It featured a mix of minimal electro, space age techno, atmospheric drum u0026 bass, and some of the most laid back sounds. They continued to release similar tracks like ‘Chinese Whispers, Shine, Ki Juice, ’Nite Lite’ and ‘Fullscope’. These songs exemplified their unique style of music for soul and gained them more respect within their field. The debut album, “Cabin Fever”, was released in July 1998. It received much critical acclaim. DJ magazine (5/5), as well as Muzik (10/10) hailed it as “a stunningly individual piece forward-thinking musical composition” and “exotic enough for permanent airtime on Mata Hari’s bedside soundsystem”. Muki gained praise and admiration from many music media outlets, including DJ support from Howie B and DJ Food. Harvey, Patrick Forge, Gilles Peterson, and Harvey all contributed to the album’s success. Muki now has a more refined sound, thanks to the new millennium. The band’s first single, “Munk Funk”, was released in April. It is a fusion of traditional jazz sounds and drum beats that echoes the sounds of suburb streetlife.