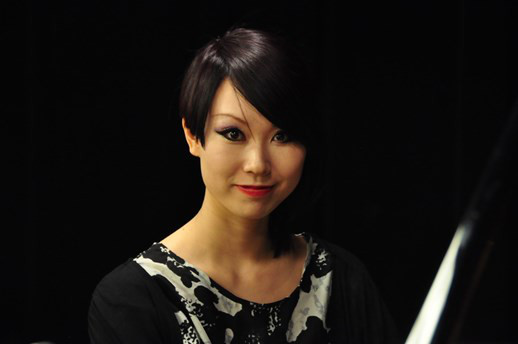 Naoko Sakata (Japanese-born pianist) moved to Sweden in 2008, and formed the trio the following year. They represented Sweden in Young Nordic jazz comets 2009, where Naoko was awarded the Soloist prize. The trio has given many concerts throughout Europe, Japan, Africa, and Europe since then. Their 2 CDs, “Kaleidoscope” and “Flower Clouds”, were released. They released “Dreaming tree”, their third album in 2016, this year. The mysterious fields between the composed u0026 the improvised are where Naoko Sakata Trio is at their best. In a world without horizons, beauty contrasts with the ugly. This trio is known for their intuitive interplay and quick turns, as well as many surprises. The repertoire is based on original compositions by the band members, which makes each member equally valuable within the musical ecosystem. from http://naokosakatatrio.com