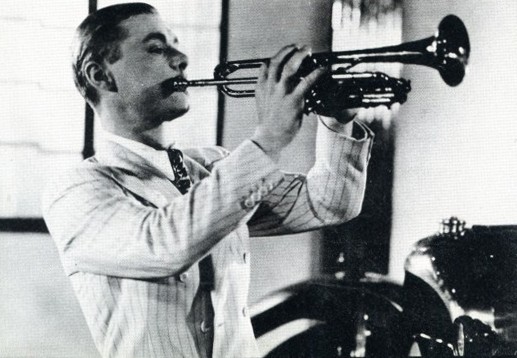 Nat (Nathaniel Charles Gonella) was one of the first British jazz soloists to achieve a significant reputation. Between his rise to stardom in 1930s and the end the so-called Trad Boom, he was a household name and continued his musical career until his death. He was able to bridge the gap between commerce and art, which made him a popular draw. It is hard to overstate his influence on the next generation of British musicians including Humphrey Lyttelton and Kenny Ball. His style was strongly influenced by Louis Armstrong’s, even though it was at the time that the New Orleans trumpeter wasn’t widely recognized as the jazz master he was. Gonella said to Max Jones that he recalls him and his brother, the trumpeter Bruts, trying to tripping up the audience members as they left the London Palladium during the famous walk-outs in 1932. Gonella was born in East London in a poor area. However, he had the opportunity to learn cornet while attending St Mary’s Guardian School, an institution for children with special needs. After a short stint as a furrier’s apprentice he was offered a job in the professional world when he joined Archie Pitt’s Busby Boy’s Band, which was a junior pit orchestra, and touring review band. He remained with this band until 1928. It was during this time that he first became familiar with early recordings by Louis Armstrong and the New Orleans Jazz style in general. He learned Armstrong’s solos by heart and transcribed them for Armstrong. Then he developed his own jazz style. In 1928-9, he worked with Bob Bryden’s Louisville Band, and in Brighton with Archie Alexander. He then joined the Billy Cotton Band at the end 1929. This gave him a greater platform on the concert stage, as well as the opportunity to record his first solos and vocal performances. After briefly playing with Roy Fox in 1931 he joined Lew Stone the next year. This was where he established his reputation. Armstrong was visiting London in 1932 when Armstrong managed to meet his idol by asking the staff at Boosey and Hawkes to let him return Armstrong’s trumpet that had been left there for cleaning to his hotel room. Although initially amused by the American’s devotion to Armstrong, he soon became a good friend. After the 1935 formation of his own band, The Georgians in which he was a member, Gonella’s popularity grew rapidly. Their name was taken from Gonella’s popular version of “Georgia On My Mind”, which Gonella recorded for Lew Stone back in 1932. They started as a featured band on Stone’s shows before becoming an independent unit. Gonella started his own band and became a top-billed performer on the still-thriving variety tour. In those years, he also took his band to Europe. He played many dates in the US in solo with a pick up band on a trip to New York in 1938. There, he met Armstrong again and recorded with Buster Bailey and Benny Carter with the John Kirby Sextet. In 1941, he joined the army and was recruited to the Stars in Battledress campaign. This tour took him to allied camps in Europe, North Africa, and Asia. After the war, he reformed his band but the economic and cultural climate were rapidly changing. After briefly experimenting with bebop music, he decided it wasn’t for him and returned to the variety stage in the Fifties with Max Miller. He was able to reform his Georgians during the 1960s, which led to him being featured on This Is Your Life in 1960. This in turn gave rise to The Nat Gonella Story, an album that was based on Armstrong’s A Musical Autobiography. This attention helped Gonella to be a prominent name until The Beatles made trad jazz a halt. In 1962, he moved to Lancashire and continued touring the Northern club circuit until his supposed retirement on the 7th of March 1973. This retirement didn’t last very long. Ted Easton, a drummer, persuaded him to visit his Holland club to play in the mid 70s. A new recording of “Oh, Monah”, a song he first recorded with Roy Fox in 1931, became a huge hit in Holland. He would not be able to perform the song again, but Ted Easton continued to play trumpet after he moved to Gosport in 1977. In 1994, a square was named in his honor. Digby Fairweather’s New Georgians paid tribute in 1984 to Gonella’s musical legacy. Fairweather and Humphrey Lyttelton hosted a tribute on television, Fifty Years Of Nat Gonella. Gonella was a keen participant. He sang with other bands and was again prominent in 1997 when a clip of him playing his trumpet from a 1932 recording was used in White Town’s #1 pop hit, “Your Woman.” Gonella was a humble and unassuming person throughout his entire life. Humphrey Lyttelton, one of many who testified to the truth that fame and success were easy on his shoulders and reports that he would express genuine astonishment (rather false modesty), when Lyttelton confessed — as he often did — that Gonella was his first jazz idol. from http://www.jazzhouse.org