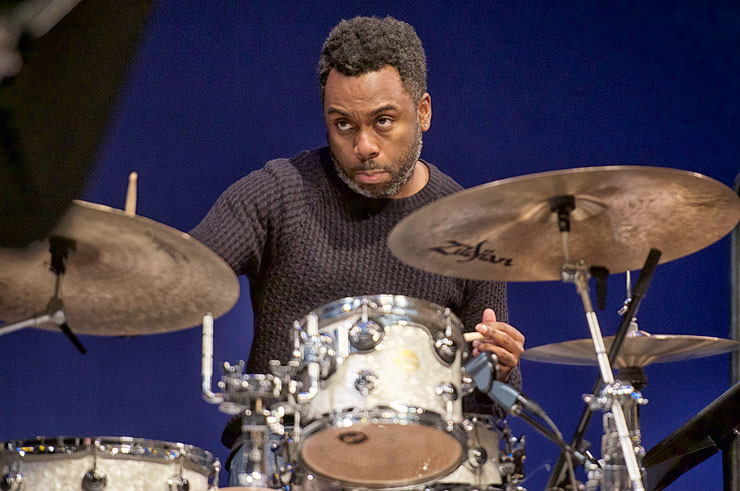 American composer, producer, and drummer Ira Nathaniel Smith was born December 14, 1974. After learning the piano and picking up the drums at eleven years old, his musical talents became evident in Chesapeake. He earned a scholarship for percussion performance and continued his musical studies at James Madison University. He received a B.S. In 1997, he graduated with a B.S. in Media Arts and Design. Betty Carter, a great jazz singer, invited Nate to join her Jazz Ahead program. This program has produced a remarkable list of alumni, including Jason Moran and Cyrus Chestnut. He was accepted to Virginia Commonwealth University’s Carpenter Fellowship Program after college. He met Dave Holland, a legendary jazz composer and bassist. Over the years, he continued to perform with Dave and joined his GRAMMY-award winning Quintet in 2002. He joined Chris Potter’s band Chris Potter Underground in early 2004 and has recorded three albums with them. He has recorded or played with a wide range of amazing and diverse artists over the years, including Ravi Coltrane (Jose James), Nicholas Payton (Nick Payton), Adam Rogers, Regina Carter and Mark de Clive–Lowe. Mr. Smith toured the US and Europe in 2012 with Joe Jackson, a pop songwriting genius. Conan, Late Night with Jimmy Fallon and The Late Show with David Letterman have all featured him. He was featured in Modern Drummer magazine’s October 2012 issue. A full-length interview with iDrum magazine also included Smith. He is also an accomplished educator having been on the Betty Carter Jazz Ahead at The Kennedy Center 2013-2014 as well as The 2014 Thailand International Jazz Conference. He will be featured Artist-In Residence at James Madison University in March 2015. KINFOLK is his latest project. Mr. Smith said that he wanted to create the music with few ingredients. He improvised at the piano or drums and then recorded the ideas into a voice recorder. His focus was on melody and rhythm. I would love to know what the other ingredients are that the singers or players will add to the material. I am interested in the true sound of a band: I want to see how the musicians will shape, color, and season raw ingredients and how they pull it all together into a cohesive whole. Mr. Smith is also an experienced R.