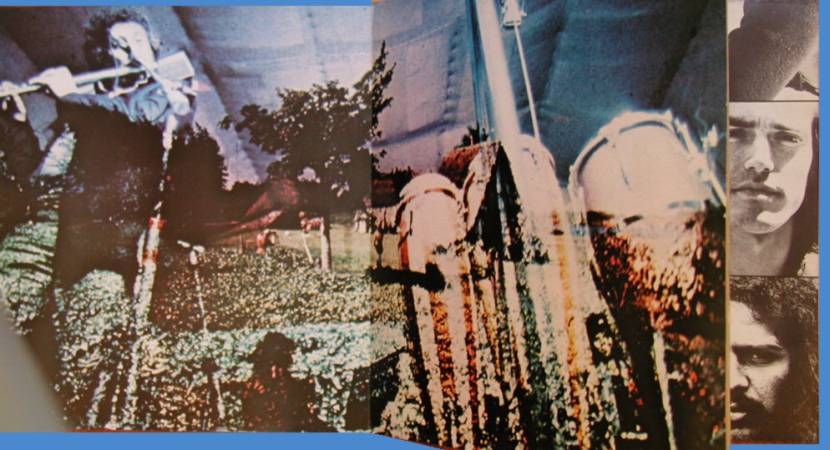 New Trolls is one of the most difficult groups to compile their histories. Their story is filled with line-up changes and band name changes as well as struggles between members and great hits. New Trolls are one of Italy’s most loved bands. They have a long history that crosses many styles. In the mid-60’s, five of the most talented musicians in Genova decided to start a band. The name comes from Vittorio De Scalzi’s old band, I Trolls. They released their first single Sensazioni, which was the first in a long line of singles. They were one of the most popular live acts in Italy at that time. Nico Di Palo, a Hendrix-inspired guitarist, was one the first Italian guitar heroes. Senza orario, senza bandiera was their first album. It was released in 1968 with lyrics by Fabrizio de Andre. The album was a great success, and still reflects the early beat sound. Two years later, the New Trolls album was released. It contained tracks taken from their singles. In Italy, these were the days when singles were preferred to the more popular LP’s. These often consisted of simple compilations or songs already known. The first lineup change was made at the end of 1970, when Mauro Chiarugi, the original member, left the band. They continued to perform as a quartet. The band also appeared with The Trip in Terzo canale – Avventura a Montecarlo. Their only release on RCA was the single Autostrada (sadly not released on LP). Their greatest album Concerto Grosso per i New Trolls was released in 1971. It featured music by Luis Enriquez Bacalov and orchestral arrangements. This ambitious record is still regarded as one of the best Italian rock albums ever. The group’s collaboration with keyboardist Maurizio Salavi began on this album. Italo-canadian Frank Laugelli, a bass player from Canada, joined the band in 1972 to replace Giorgio D’Adamo. The band released Searching For A Land, an ambitious album with the new lineup. This double album was recorded live and mostly in English. It was not as successful as many of the English-sung albums made by Italian prog musicians. Ut was released later that year. It had a heavier sound and is closer to hard rock. This album was a hit with many. However, the band split in two, with Di Palo and De Scalzi moving in two different directions. After a legal battle for the use the famous name, Di Palo and the others chose the Ibis route, which was hard rock-oriented. Vittorio de Scalzi started a new band called N.T.Atomic System, to avoid contractual problems and have a more polished sound. Early copies of the album included a sticker covering the N.T. logo to help fans recognize them as the true New Trolls. The full New Trolls logo was used on the name. N.T.Atomic System’s first album was released in 1973. It featured a lot of horn instruments and De Scalzi playing guitar and keyboards. You can hear a jazz influence on their second album, Tempi dispari. This album was recorded live in a jazz-rock style, far away from the New Trolls sound. Interestingly, their name is New Trolls again and no musicians are mentioned on the album. However, this album features the same De Scalzi-led lineup as the previous one. Tempi dispari was disappointing and failed. The two sides of Tempi dispari were more English-sounding jazz-rock than the hard-prog New Trolls fans expected. The same band also released a single, which featured the band’s rendition of Mussorgsky’s A night at bare mountain (Unanotte sul Monte Calvo). It was also included in their first album reissue. After the release of their second album, N.T.Atomic System was disbanded. Rosset moved to England with Nova and De Piscopo and began a long career in solo and session drumming. Amazingly, De Scalzi reunited with old enemy Di Palo and drummer Belleno to begin a new chapter of the New Trolls’ story. Ibis also welcomed back bassist Laugelli, while Ricky Belloni (ex-singer and guitarist for Nuova Idea) was added to the group, giving more strength to the multivocal elements of the group. Concerto grosso Ndeg2 was an excellent defense of their best work. However, it was only a small attempt to recreate that masterpiece. While some parts are enjoyable, the album’s shorter tracks are more in the melodic pop style. from http://www.italianprog.com