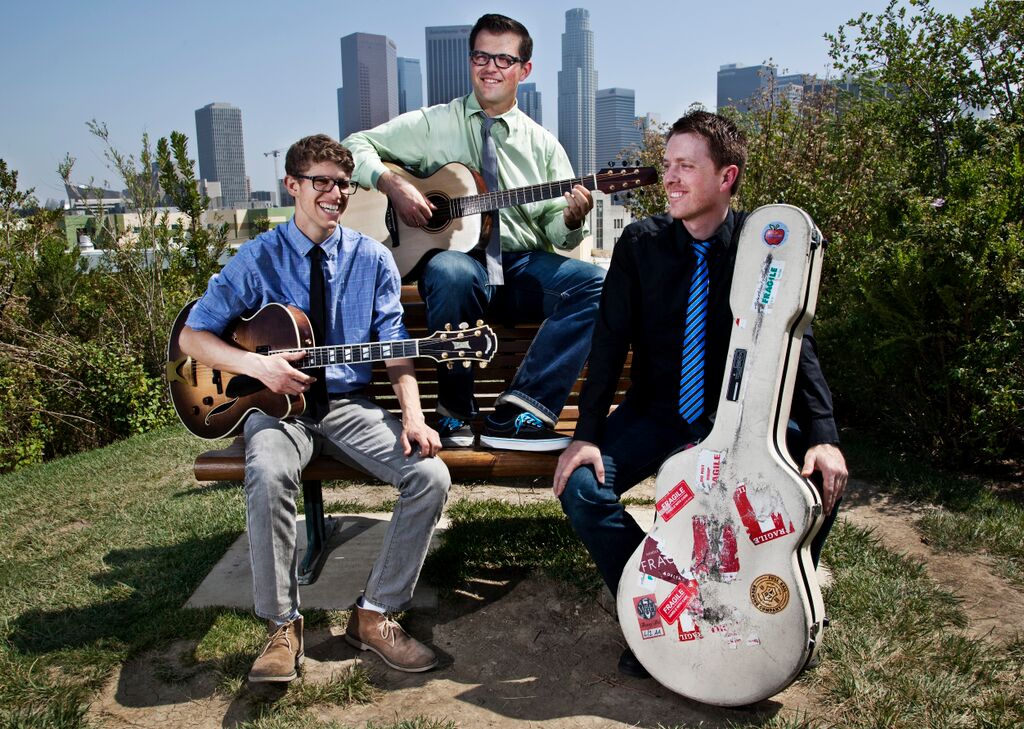 An LA-based guitarist group that includes Perry Smith, Will Brahm, and John Storie. Smith and Storie formed the band over a period of 10 years while still studying at USC’s Thornton School of Music. New West Guitar Group has been praised as “sharp, refined” by The Seattle Times. Their latest album Big City (’12), features their signature mix of laid-back virtuosity with expert arrangements that “sometimes border on the orchestral”. (All Music Guide). This is the fifth studio album by the group and Summit Records’ second. Los Angeles-based trio grooves in Big City. A sophisticated soundscape that features original songs and covers of Tears for Fears and Simon, the trio is based in Los Angeles.