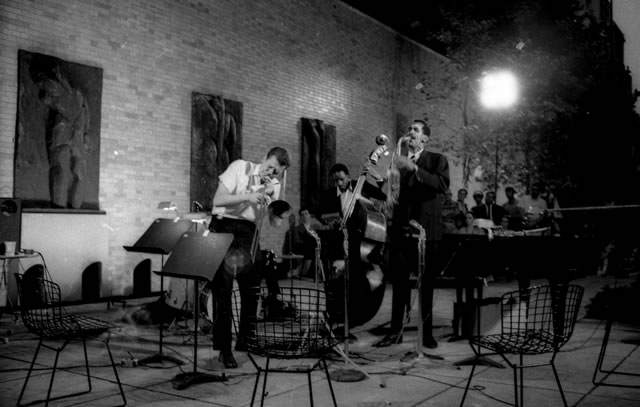 The New York Art Quartet was an ensemble of jazz musicians that included John Tchicai (saxophonist), Roswell Rudd (trombone player), Milford Graves (succeeded Louis Moholo), and many other bass players such as Lewis Worrell, Reggie Workman, and Finn Von Eyben. After Tchicai left The New York Contemporary Five in 1964, they formed the New York Art Quartet. Rudd later joined Archie Shepp’s Quartet. They were among the first to record for ESP Disk. From 1964 to 1965, they recorded three albums: one each for Fontana, ESP Disk and America. They reunited in 1999, and the group released the album 35th Reunion in 2000. Text contributed by users is available under Creative Commons By–SA License. It may also be available under GNU FDL.