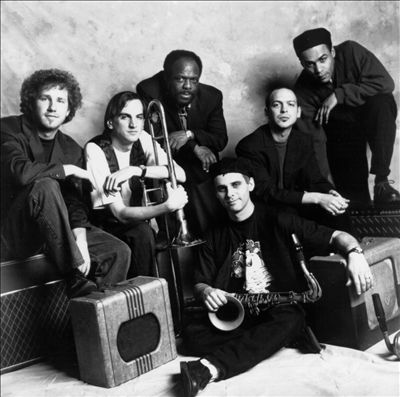 The New York Ska-Jazz Ensemble, as its name implies, is a group of New York ska musicians who are dedicated to exploring the ties between jazz and ska. It is made up of top New York ska musicians, so it is a very special group. Leaders “Rocksteady” Freddie Reiter (saxophone and vocals) and Rick Faulkner (“trombone and vocals”) hail from the Toasters. Guitarist Devon James hails from the Skatalites. Victor Rice (bassist) and Cary Brown (keyboardist) are full-time members of the Scofflaws. The group’s self-titled debut was released in 1995 to great reviews. They regrouped in 1997 to record Low Blow, the follow-up. Allmusic