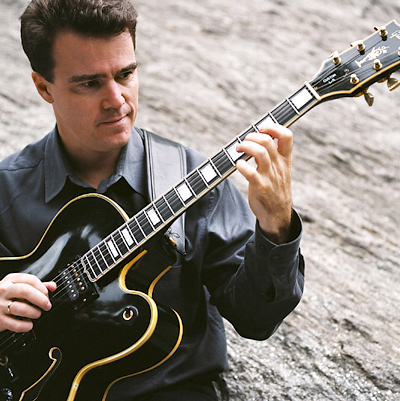 The Nick Moran Trio’s debut CD, The Messenger, features Nick Moran (New York-based guitarist and composer) in the traditional organ trio setting. The ensemble, which includes Ed Withrington and Andy Watson (drums), develops very unique and modern themes with all the finesse and fire of a live band. The band plays a variety of styles with an all-originals set, including modal jazz, bebop and funk. They also communicate well. As Watson and Withrington stoke the fire, Moran gets in on the action and plays the blues for the funk opener Papa George. Andy’s sensitive brushwork makes Indigo City lyrical. With ease, the listener can change moods. Moran’s compositions demonstrate a deep understanding and appreciation of harmony and melody, while his unusual forms allow his band to express themselves and open up. Ed’s comping is modern and Larry Young-style, while the drums rock hard on Sensory Awakening’s modal cooker. Watson’s thrilling drum solo culminates in the extended blues section of That Greasy Stuff with its funky bass line, and short swing section. Each tune is a polished jewel. Nick’s guitar playing is distinctive, and his solos are logical and inspiring. On The Secret Life, he plays with subtle understatement and uses space and motifs to counter the marching snare drum. Moran’s roots in rock and his ability to incorporate them into jazz are evident in the melody, solo and Jimmy Page-style rhythm guitarist on Shorter Steps. Each cut features Nick’s organized improvisations and captivating sound, which draws the listener in. from http://www.nickmoranmusic.com