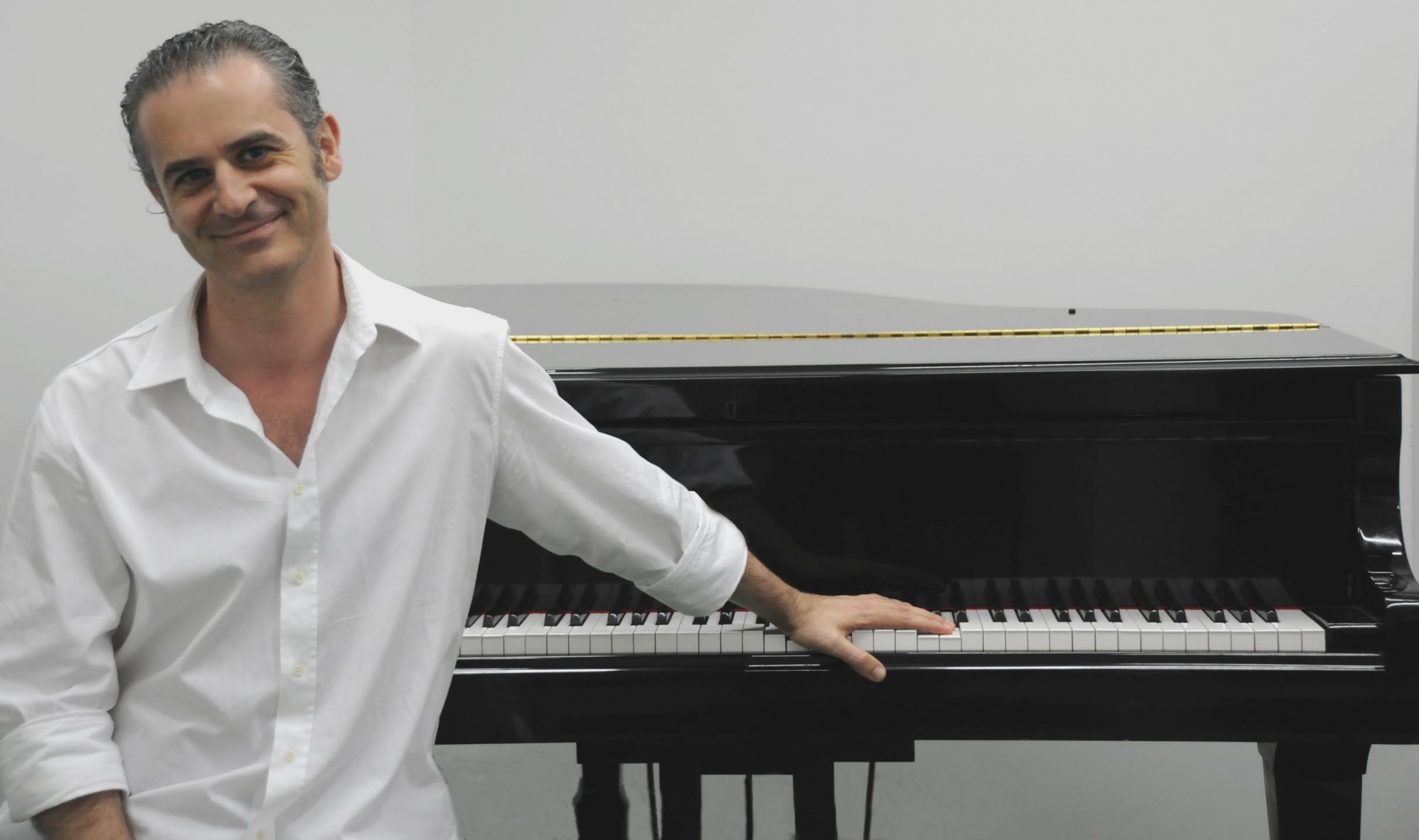 Nico Morelli was born 1965 in Taranto (Italy). After graduating at Taranto’s National Conservatory, he moved to Rome to receive more classical training with Aldo Ciccicolini. He was a jazz specialist at the Italian schools of “Siena Jazz”, Berklee School of Boston, and “Manhattan School”. Franco D’Andrea was one of his teachers. Nella Sala Delle Arcate was born in 1991 after a meeting with Glenn Ferris and Steve Lacy. Over the years, Nico Morelli was a frequent performer with Enrico Rava and Paolo Fresu. His first album, Behind The Window, was released in 1994. He received a diploma from Bari Conservatory in Jazz and took part in a workshop with Paul Bley the following year. Nico Morelli recorded in 1996 with Marc Johnson and Roberto Gatto. The result of these recordings was the release of The Dream in January 1998. He formed the Jazz Air Trio in 1997 with Paolo Ghetti, double bassist, and Vincenzo Lanzo as drummer. The trio has been performing regularly in Italy for many years. Nico Morelli also continues to work with other musicians like Roberto Gatto and Giovanni Tommaso. Isole Senza Mari, a Jazz Air Trio composition, was released in July 1998. He was awarded the first prize in May 1999 at the international competition “Viva il Jazz” in Milan. He also won the third prize in the international competition “Piano Jazz a Vanves”. He won the second prize for composition in 2000 at Paris’ La Defense competition. Aldo Romano invited him in 2002 to be a part of his album Because of Bechet, Universal Music. Nico Morelli is a jazz musician who has been regarded as one of the best in his generation since he moved to Paris in 1998. Because of his sensitive and virtuosic playing style, he is highly sought after by some of the best musicians in the world. There is also increasing demand for his own bands. He regularly performs in high-profile clubs both in Paris and beyond, and is frequently asked to take part in festivals in France as well as abroad. He is still loyal to his roots, the Jazz Air Trio that he founded in 1997 and returns several times per year to the country which first recognized him for his great talent. The Italian press has called Nico Morelli “the most promising pianist in Italian Jazz”. He is also an inspiring and talented composer. His musical idea is to combine jazz and the sounds and classic melodies of the 20th century. His compositions were inspired by Bach, Debussy and Faure, as well as the works of Bach. They have a “white” jazz feel that is similar to Bill Evans. -From artist’s website