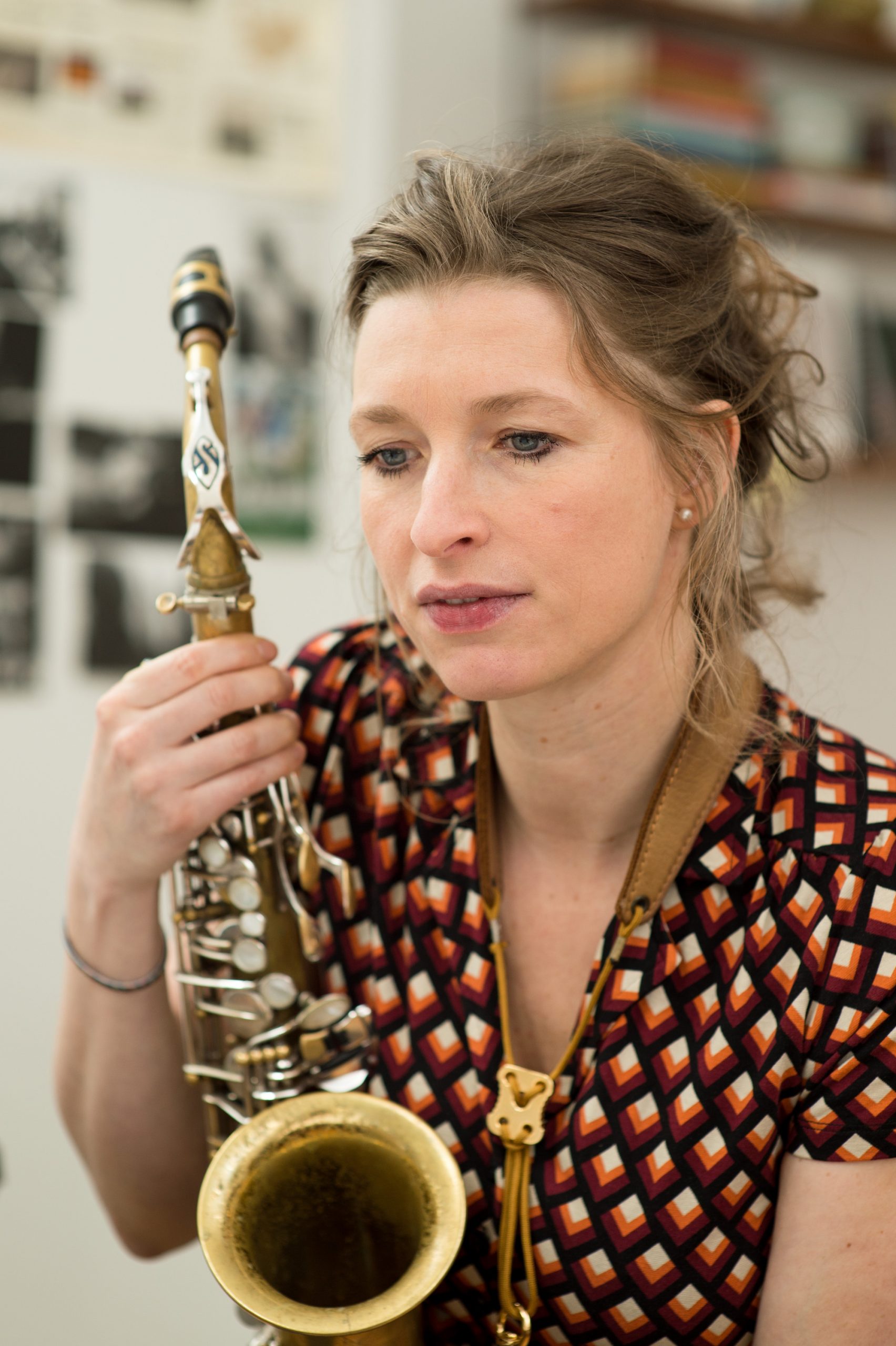 Nicole Johanntgen, born in Fischbach (South Germany), is a german jazzmusician (alt/sopransaxophon) as well as a composer. She began playing the piano at six years old and discovered her love for the saxophon when she was a teenager. Dave Liebman: Nicole has something special about her playing. She is generous and bighearted. She plays as if her life is on the line and draws everyone within her reach into her music. A remarkable energy!” She was thirteen when she first experienced stage life in the Joe Fuchs Band, her father’s band. She also captivated the audience in Jazz-Combos like,.saarlandisches Jugendorchester.” The young musician made her breakthrough by founding the band ‘,NICOLE JO”. Six CDs have been released by,,NICOLE JO”. The latest one is called “Colours” (Rel. Nov. 2014). Nicole Johanntgen studied jazzsaxophon and compositon in Mannheim from 2006 to 2006. Dave Liebman was her most important mentor. She also learned a lot from Phil Woods. Johanntgen has been a musician, composer and teacher in Zurich (CH) since 2005. She was the Masterclass leader at Washington University in Saint Louis (USA) in October 2010. She was also a tutor during the “woman’s week” in Hessen. She hosted her own radio program, “Die rote Sieben”, at Radio LoRa, Zurich, from July 2011 to August 2013. She founded SOFIA, the Support Of Female Improvising Actors in 2013. The pionier project supports musicians in improvisation as well as direct marketing in today’s challenging music industry. Two CDs were released by the musicians during the project. (www.sofia-musicnetwork.com) As a ambassador Nicole Johanntgen has been away on business in Sweden, Norway, Iceland, China, Thailand, Indonesia and the U.S.A. She is currently on a CD-release tour in conjunction with her Swiss band NJQ (Nicole Johanntgen Quartet), which she founded in 2014. “Moncaup”, the new album, is named after Johanntgen’s family roots from the same southern french village. The CD is a mix of jazz and blues, with rocking elements. Lively, emotionally, energetic. from www.nicolejohaenntgen.com