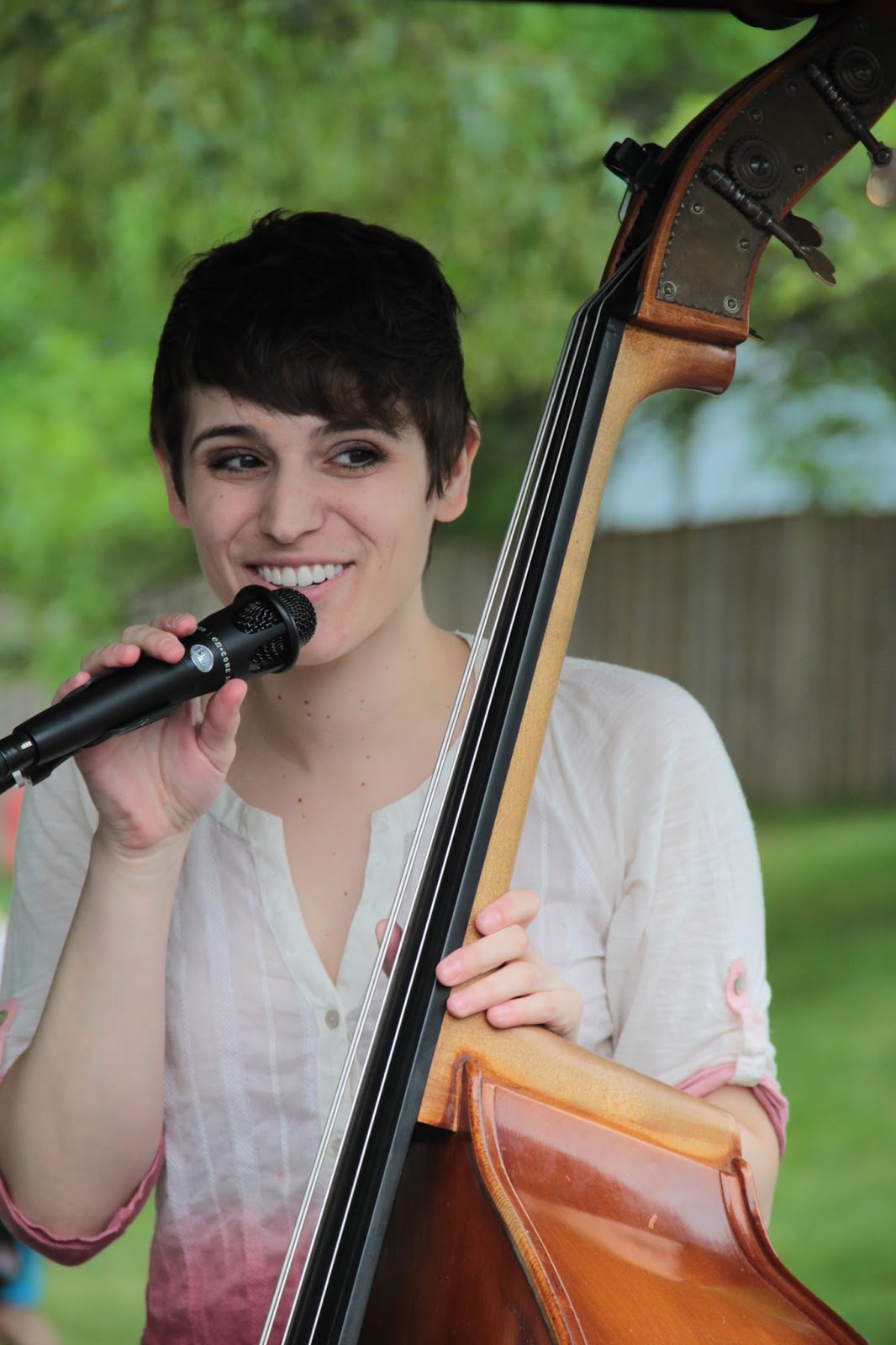 Nicole Saphos, jazz bassist and singer-songwriter, has been lost in The Great American Songbook’s elegant emotionality for as long as she can recall. From a young age, this treasure trove of stories has deeply resonated with her. She dedicated her entire life to learning and performing music to get closer to it. Saphos is a singer and musician who has just released her debut album Tiptoe. It features originals and standards that are imaginatively arranged. Saphos started playing the cello at the tender age 11 and chose double bass to play. She continued to study the instrument in school’s formative music programs. After graduating from high school, Saphos decided to pursue jazz bass studies at Temple University in Philadelphia. Saphos was born in New Jersey and raised in California. The move east was transformational for her. Saphos admits that it was risky to attend school in New Jersey and to study jazz bass. Saphos says, “But the scene wasn’t so intimate and supportive, that it taught me so many about jazz.” She moved to DC after graduation, attracted by its strong bass tradition, where she began her professional musician career. She has performed at renowned venues such as The Kennedy Center and Lincoln Center, Strathmore Mansion, The Kimmel Center, and The Kimmel Center. Saphos has performed with some of the most prestigious artists, including Terell Stafford and Joanna Pascale, as well as Sharon Clark, Chuck Redd, Paul Carr, and The Cab Calloway Orchestra’s Sharon Clark. Saphos has been featured in Washington City Paper and was awarded the Exceptional Soloist Award by the Essentially Ellington Competition 2008. She formed her own trio in 2012 with John Lee and Ele Rubenstein as drummers. This guitar trio’s subtle beauty, Saphos’ lyrical, rhythmic basslines and her sweet vocals make it seem like time has stopped. Tiptoe’s mesmerizing nostalgia means that Fiona Apple songs don’t feel out of place next to Irving Berlin and Thelonious Monk standards, among other artists. The outside element is what ties it all together. Mingus, Monk and Fiona Apple aren’t fitting into the mold of jazz or pop. Saphos also reveals that my writing doesn’t fit within any convention. Tiptoe honors Saphos’ love for musical theater by having an act 1 and act 2 narrative arc. She begins by reading the Cole Porter song “Just One Of Those Things” with a brisk, reverent tone. Next, Saphos follows up with “Broken Ballerina,” a story that uses a ballerina’s devotion to art as a metaphor. Despite knowing their fate, Ballerinas’ careers were tragically cut short by age and injury, but they continue to dedicate their lives to this brief time. This is the album’s overall narrative about self-acceptance and coping with a broken relationship. “Doesn’t Do” is the culmination of this struggle. Saphos’ vocals are soaring and sweetened with bittersweetness as she struggles with her heart not doing what’s expected. Other highlights of the album include Fiona Apple’s song “Hot Knife”, Monk’s song “Ugly Beauty”, and Gene DePaul’s classic “You Don’t Know What Love Is”. “Hot Knife” is a retro-swinging track. The trio is cooking, and they are slurping it with a climactic, dexterous guitar solo. Saphos sings the head’s melody with a beautiful and sparse reading. The album closes with a slow version of “You Don’t Know What Love is.” This song features a funky beat, and vocals that conjure both sadness and sass. Although there’s no happy ending, there is an end feeling of self-acceptance. Saphos will continue to gig for Tiptoe and embrace this new era of being an assured artist. She shares, “This has been a very empowering time for my life.” “I have learned so much about myself and have gained confidence in my artistic vision. “I’m so excited for the road ahead.” www.nicolesaphos.com