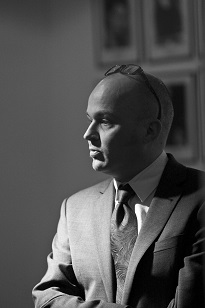 Bentzon was born into a musical family and began playing the piano as a child. He won the Dunkerque Jazz Festival’s best soloist award at age 19. He began his studies at Berklee College of Music, Boston in 1983. Before he graduated, he was awarded The Oscar Peterson Jazz Ward. He has been a member of a wide range of jazz musicians over the years, including Clark Terry and Maria Schneider. Critics and juries continue to praise him for his piano playing as well as his compositions. It is difficult to classify Bentzon. He has 18 albums as a leader and many more as sidemen, and they vary in style and genre. Five recordings feature his piano trio, including Bentzon with Odense Symphony Orchestra. It features original music and standards for jazz trio and symphony orchestra. His jazz/funk fusion group Bentzon Brotherhood is well-known and has recorded Funkenstein and Godzilla Des Groove. He frequently performs with singers such as Stephen Milling (operatic bass) and Signe Juhl (Danish sensation). He released 12 Songs for Mature Lovers last year, which featured original songs and his vocals. He still performs classical music, including compositions from his great-grandfather and father. Bentzon feels at home in a jazz band setting. He was part of the US Grammy-awarded Danish Radio Big Band, which is one of the most respected jazz bands in the world, from 1990 to 2008. Since 2001, he was the band’s conductor and its artistic director. Bentzon is an accomplished composer-arranger. He is the son of Denmark’s revered composer Niels Viggo Bentzon and also the 9th generation in a 250-year uninterrupted reign of outstanding Danish composers. from http://nikolajbentzon.com