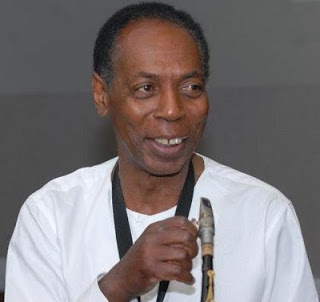 “One of free jazz’s more enigmatic figures, alto saxophonist Noah Howard was documented so infrequently on record and spent so much time living in Europe that the course of his career and development as a musician remain difficult to trace, despite a late-’90s renewal of interest in his music. Howard was born in New Orleans in 1943 and began playing music in church as a child. He started out on trumpet (the instrument he played in the military during the early ’60s) but subsequently switched to alto, and got in on the ground floor of the early free jazz movement. Most influenced by Albert Ayler, Howard made his debut as a leader for the groundbreaking ESP label, recording a pair of dates in 1966 (Noah Howard Quartet and At Judson Hall). Dissatisfied with the reception accorded his music — and the avant-garde movement in general — in America, Howard relocated to Europe, where he initially lived in France. He played with Frank Wright in 1969, and in 1971, he recorded with Misha Mengelberg and Han Bennink (among others) on Patterns, which was issued on his own AltSax label. Howard recorded a bit for FMP in the mid-’70s, and in 1979 also did a track for France’s Mercury division, “Message to South Africa,” that went unissued due to its militancy. Howard flirted with jazz-funk sometime in the ’80s and early ’90s, a phase that went largely undocumented. He returned to free jazz in the late ’90s and began recording for labels other than AltSax, including CIMP (1997’s Expatriate Kin), Cadence (1999’s Between Two Eternities), Ayler (Live at the Unity Temple), and Boxholder (2001’s Red Star). Thanks to the relative increase in visibility, Howard began to get more of his due as an early avant-garde innovator.” Noah Howard died at the age of 67 years on Friday, September 3rd, 2010 from www.allmusic.com