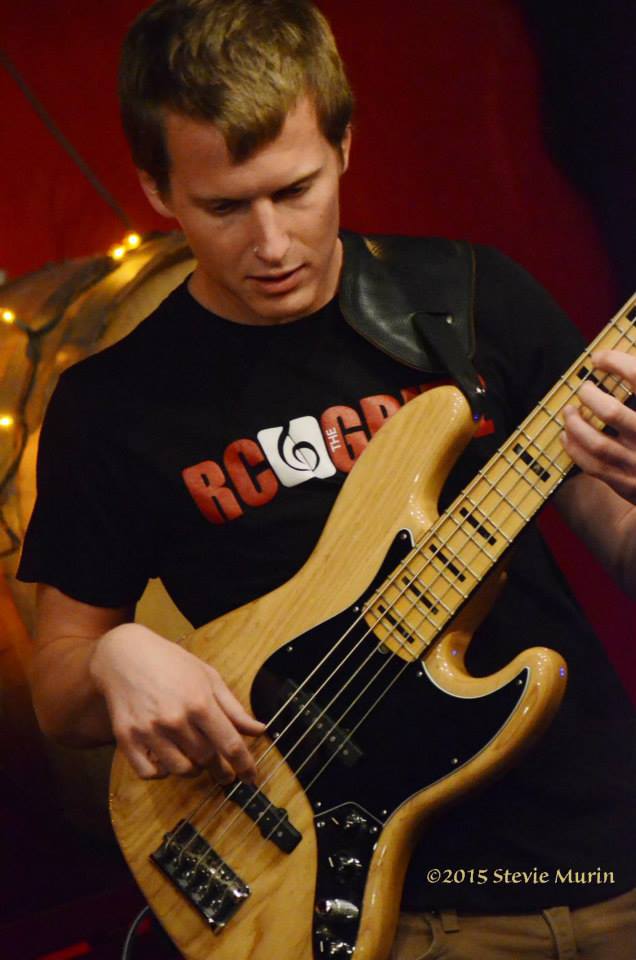 Noah Young, a founder of Jazz/Funk band Naughty Professor is Noah Young’s most coveted Bassist in New Orleans. Young was born in Vermont, in 1991. He began learning the bass guitar at the age 12. Young moved to New Orleans in 2010 to pursue music more seriously at the age 19 Young studied jazz at Loyola University as well as the University of New Orleans. Noah Young received a Bachelor’s degree in Jazz Studies from the University of New Orleans in 2015. He was able to study with some of the most prominent figures in New Orleans Jazz, including Ed Peterson and Victor Atkins. He considers Chris Severin to be one of his greatest influences, having studied with him on and off for 5 years in addition to his academic studies. Young is a member of the Jazz/Funk band Naughty Professor and has been busy recording, performing, and composing music outside of school. Naughty Professor was formed in 2010 and has released three studio albums. They have also played more than 400 shows across 35 states. Noah Young, a New Orleans musician, has had the privilege of recording and performing with many acts, including Chali 2na (Ivan Neville), Eric Bloom, Mike Dillon. Sasha Masakowski is a member of the Nigel Hall, Russell Batiste. Dee-1, The Stooges Brass Band. Leroy Jones. Naughty Professor is a frequent performer and will play between 100-150 shows across the United States each year. Young maintains a full schedule in New Orleans. He regularly performs with CoolNasty, a Funk/Fusion band (every Wednesday at the People’s Health New Orleans Jazz Market), as well as Neo-Soul singer Mykia Jovian (every Sunday at The Blue Nile). Noah Young assumed the lead role as band leader in 2015 when he founded the Noah Young Band, which is a Funk/Jazz/Fusion group that features his original compositions. He founded Party/Funk band Raw Deal in 2016, with members of Naughty professor and Dexter Gilmore, Sexy Dex and the Fresh as lead vocals. from http://noahyoungbass.com