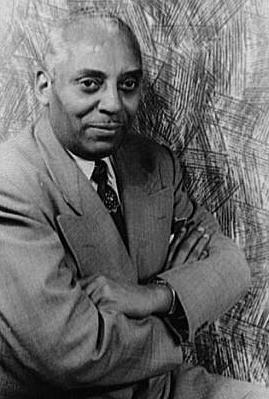 Noble Sissle was a great composer and leader, especially in the early days American popular music and theater. As early as 1915, he was part of a Baltimore band that included Eubie Blake. Luckey Roberts also played the piano. Sissle/Blake had an early hit with “It’s All Your Fault,” which Sophie Tucker performed as part of her act. From 1916 to his death in 1919, Sissle teamed up with James Europe. They co-wrote and produced the iconic shows Shuffle Along, and Chocolate Dandies. Sissle recorded more than 30 vocals in the early and middle ’20s. Many times, Blake was there to accompany her. Blake and Sissle appeared together in pioneering sound-film shorts in early 20s that can be regarded as the first jazz on video. Sissle was a leader in several bands, and he visited Europe often. His traveling habits led to a split from Blake who prefers staying in America. Cole Porter and Fred Waring were also in Sissle’s circle. The Prince of Wales was a guest drummer at one concert of his concerts, which took place in 1930. Sissle was featured on a radio broadcast in 1931 from the Park Central Hotel, breaking the establishment’s color barrier. Lena Horne performed with his band in mid-’30s. Nat King Cole was among the cast of Shuffle Along 1933, which wasn’t as successful as its predecessor. Sissle’s group included Buster Bailey and Tommy Ladnier. Sidney Bechet was also in the band. His orchestra was a main attraction at Billy Rose’s Diamond Horseshoe club, except for USO tours during World War II. Sissle succeeded Bill “Bojangles’ Robinson as honorary mayor in Harlem in 1950 and also played at Eisenhower’s inaugural in 1953. In 1960, he was WMGM’s first black disc jockey. He also owned a publishing company and a club. He was robbed multiple times and had to close the club. He then moved to Florida to be with his son. Blake and Sissle wrote the 1973 book Reminiscing with Sissle about their varied experiences. Sissle’s music can be found on many import CDs as well as anthologies of popular, early, and show music. Allmusic