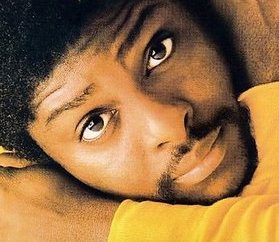 Noel Pointer, born December 26, 1954 in Brooklyn, NY, and buried December 19, 1994 in New York City, was an American jazz producer and violinist. In 1981, he was nominated to the Grammy Award. Pointer’s reputation for being a great jazz musician and advocate for literature earned him honorary citizenship in many cities across the United States. He was awarded special citations by the United States Congress, US Congressional Black Caucus and the African National Congress (ANC), as well as many other civic and private organizations. He was a member of the music advisory panel for the National Endowment for the Arts and the United States Information Agency. He made his solo debut at age 13 performing Vivaldi with the Symphony of the New World Orchestra. After that, he performed solo with the Chicago Chamber Orchestra as well as guest solo performances with the Detroit Symphony Orchestra. While a student at the High School of Music and Art in New York City, he began playing jazz on his violin. Pointer was a New York session musician while attending Manhattan School of Music. At age 19, he was a freelance musician and had worked in The Apollo Theatre Orchestra and The Unlimited Orchestra. He also played with The Westbury Music Fair Orchestra and The Radio City Music Hall Symphony. Noel Pointer released seven solo albums between 1977 and 1981, four of which were among the top five jazz albums on Billboard’s jazz charts. Phantazia, his debut album, won him the Record World #1 New Male Jazz Act award, as well as several other top trade awards, such Down Beat magazine. Noel Pointer, tragically, died on the 19th of December 1994 from a stroke. Text contributed by users is available under Creative Commons By–SA License. It may also be available under GNU FDL.