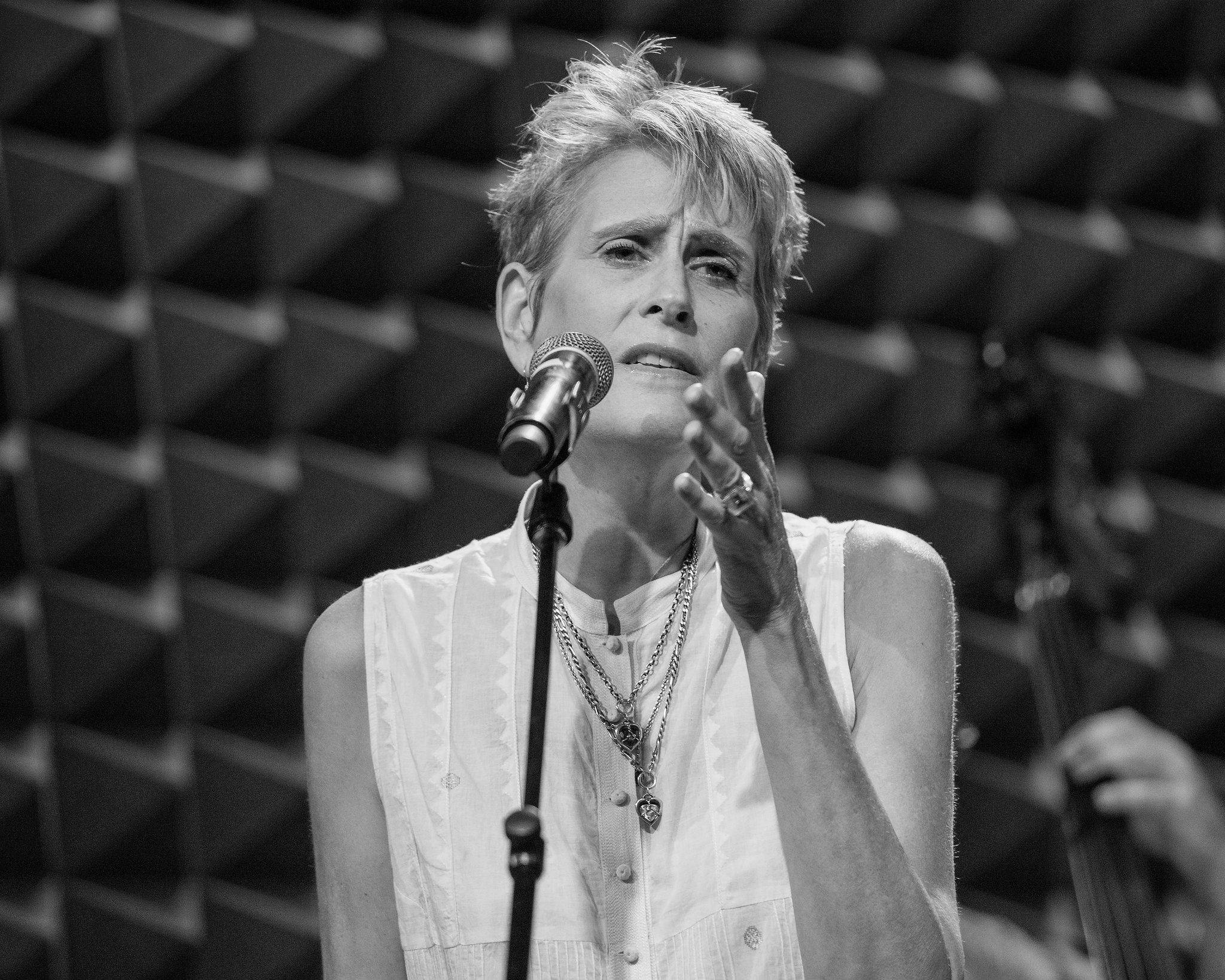 NORA YORK (1956 – 2016) was an adventurous jazz singer/performer whose work transcends genres and defies categorization. The Brooklyn Academy of Music commissioned Power/Play, which was performed at the 2006 Whitney Museum of American Art Biennial. York has performed at the Newport Jazz Festival and Ottawa Jazz Festival. She also headlined the JVC Jazz Festival, New Sounds Live At Merkin Hall, Lincoln Center Out of Doors, and New Sounds Live at Merkin Hall. For this, she was awarded a “Meet the Composer grant.” She was awarded a Robert Rauschenberg Foundation grant in 2013 to write and perform a song cycle for Marfa Dialogues/NY. This is an inter-disciplinary city-wide series about Climate Change. For her collaboration with Nancy Spero, she was awarded the Franklin Furnace “Future of the Present” grant. Her piece “Bad News!” was also presented at the River to River Festival New York 2013. York was composed and recorded for ATV shows.