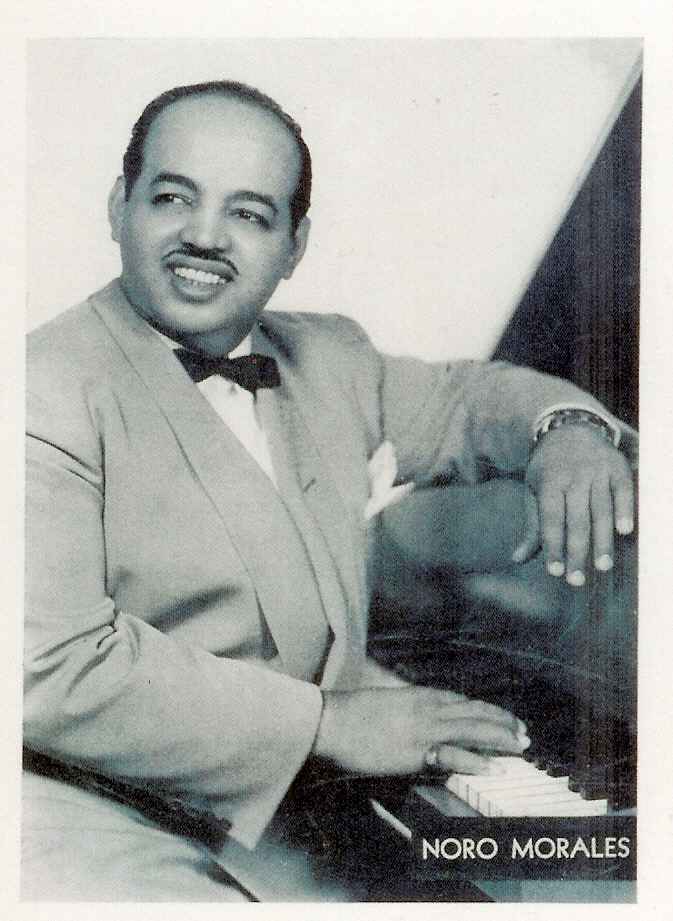 Norberto Morales was an immensely popular pianist-composer-leader who, like his predecessor Ernesto Lecuona, both came from a family of talented musicians and wrote many of the standards of uptempo dance music. His pride in Puerto Rico, lyrics written by Rafael Hernandez and the fact that he did business only by handshake are key to his success. The good stuff is more rare. In the 1940s, Machito’s orchestra was the most popular. Morales was the name other performers looked up to after their gigs. Morales began his New York career with the Alberto Socarras orchestra in 1935. He made his first Columbia recordings in 1936. In 1945, he was the first artist to record for Oller’s Coda label. His Puerto Rican anthem and hit single of the 1940s, “Serenata Ritmica,” is just one of many contributions to New York’s top Latin label, Seeco, along with Decca. His dance orchestra was so popular that he performed every year at the Harvest Moon Ball at Madison Square Garden in New York City. His Tico albums are just as famous for his creativity as his pre-War music. Buying: Every label attempts to release Noro Morales material after an artist of his stature has passed away. The budget-label attempts are often common and disappointing. However, the great albums are rarer. There are always great 10″ LPs on major labels that are 78s, and there is something in between. from http://www.hipwax.com