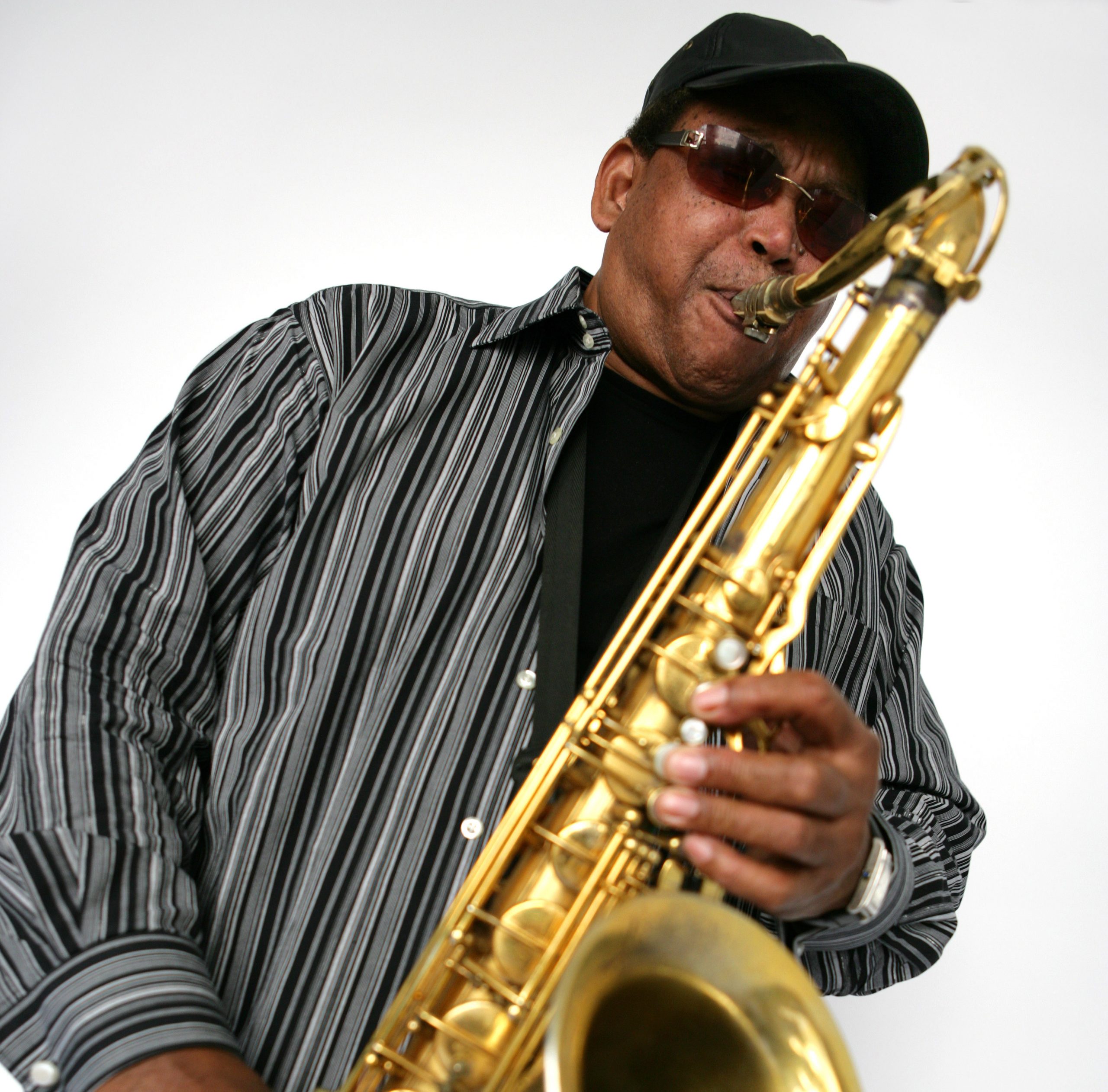 Odean Pope was the son of musical parents in Ninety-Six (South Carolina) and grew up listening to the Southern Baptist Church. His lifelong pursuit of music began when he moved to Philadelphia at age ten. He was supported by the Benjamin Franklin High School’s music program and The Graniff School of Music. Odean was raised in jazz-rich Philadelphia with notable Philadelphians like John Coltrane and Clifford Brown, Benny Golson and McCoy Tyner. Odean was chosen by Coltrane to replace him in Jimmy Smith’s Group after he moved to New York to join Miles Davis. Odean was close to Coltrane, and still reveres his art. However, he was always looking for his own musical sound. He studied with Ron Rubin who is the principal woodwind player of the Philadelphia Orchestra. He also studied at The Paris Conservatory for Music with Kenny Clarke. He received his Certificates in Modern Harmony, African rhythms, Bebop Art Forms, and Arrangement there. Ray Bryant was his teacher, and Jymie Merritt was his bass player. He was also influenced greatly by Hasaan Ibn Al, the eccentric, brilliant pianist. Odean says, “Then being in a position to study with Max Roach from ’79 to ’02 was like going to the most prestigious institution in the world.” He also incorporated several musical influences, including Philadelphia jazz, Ru0026B, and the church choir he attended as a child.