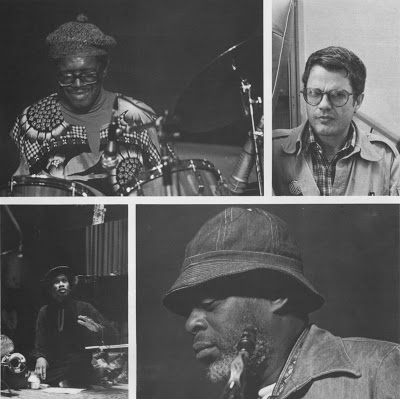 The cooperative Old and New Dreams was a virtual reincarnation Ornette Coleman’s first ensembles. It brought together Don Cherry, Dewey Redman, Charlie Haden, and drummer Ed Blackwell in order to reinterpret Coleman’s early repertoire. All four of the musicians had their own projects by the time the ECM’s Old and New Dreams album was released in 1978. This may explain the intermittent nature their subsequent collaborations (three albums in ten year). The group’s recordings were of high quality; both ECM albums are a result of that label’s distinctive clarity of sound. Further collaborations were impossible after the deaths of Cherry, Blackwell and others in the ’90s. The band’s modest, but impressive output is a complement to the work Coleman did in the late 1950s and early 1960s. Allmusic