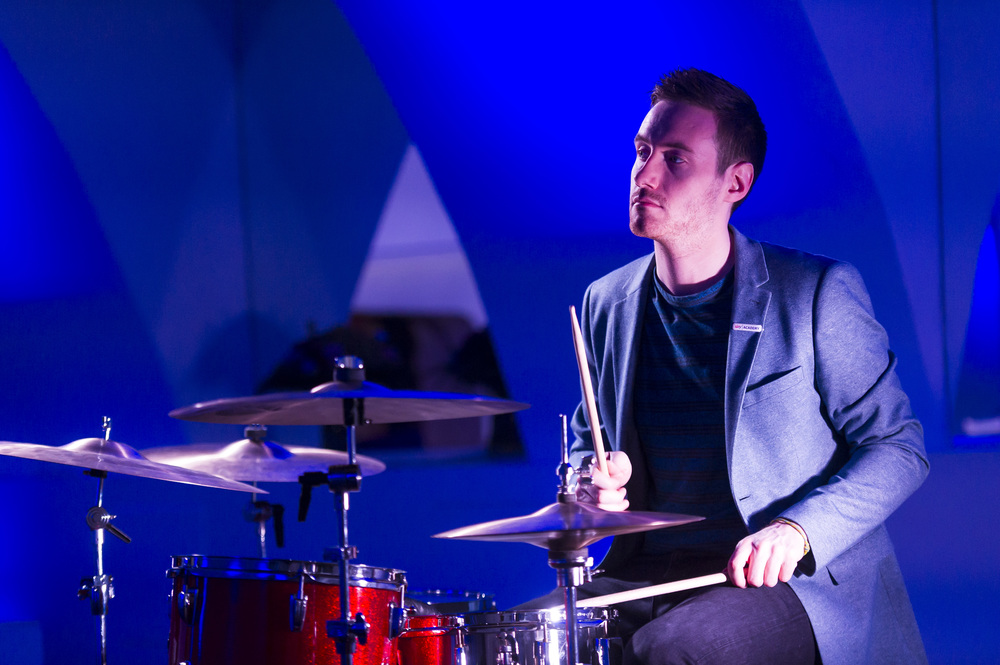 Ollie Howell is a multi-award winning drummer, instrumentalist, composer, producer and broadcaster. Based in London, Ollie is establishing a name for himself both in the UK and internationally. His live shows and recordings impress fans with a punchy blend of creativity, stunning improvisation and critically acclaimed compositions. Quincy Jones calls him ‘an unbelievable drummer. So creative I couldn’t believe it… he really is a 360-degree beautiful young cat.’ Ollie is the first ever jazz recipient of a Sky Academy Arts Scholarship. His first album Sutures and Stitches received critical acclaim, with the Guardian hailing it as ‘a fine debut’ and Mojo stating that his music ‘has delicious dynamic flow and an almost elegiac beauty’. His upcoming second album, ‘Self-Identity’, was released on Ropeadope in 2017, and the Sky Arts channel filmed a program around the making of the album, presented by Melvyn Bragg. Ollie is a multi-faceted and talented artist, easily writing music for films, TV, and commercials, producing pop artists as well as working as a presenter on Jazz London Radio and Jazz FM. Recent / Upcoming performance highlights include: Love Supreme Jazz Festival, London Jazz Festival, Ronnie Scott’s and opening Quincy Jones’ first ever “Q’s” venue. from http://olliehowell.com