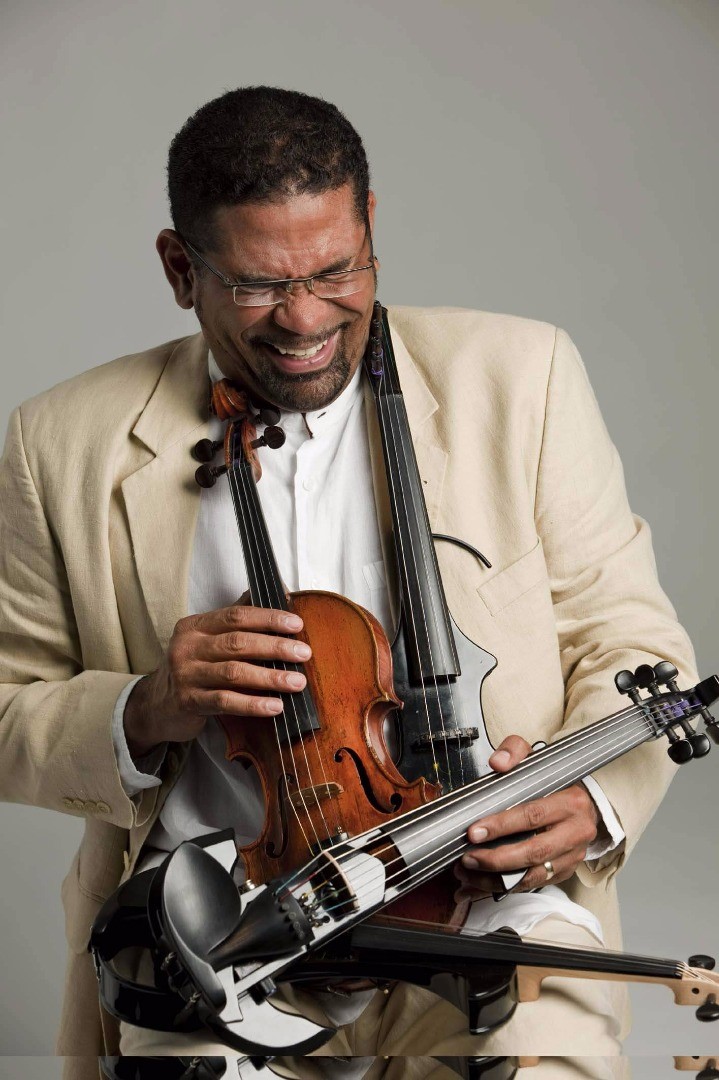 To positive audiences around the world, I have performed both in jazz and classical music. After leaving Cuba, I was the first violin to join the Cuban National Symphony Orchestra. Also, I toured with Ruben Gonzales from Buena Vista. Since 1997 when I arrived in England, I have kept an international profile, performing all over Europe, Middle East and Far East. I was a supporter of Tito Puente, Ibraham Ferer, and Omara Portundo in England. I also played with John Williams and Kirsty McColl and Eddie Palmieri. I have also been invited to jam with Ruben Gonzales and other Latin artists, as well as many Afro Cuban Allstars. I have maintained strong connections with traditional Cuban Music as well as Classical and Jazz music. These include a variety of high-profile projects, such as Winston Marsalis’ Jazz at Lincoln Centre Orchestra at Barbican Centre, the Simon Bolivar Philharmonic Orchestra at Queen Elizabeth Hall, the 606 Jazz Club with Nigel Kennedy, Eddie Palmieri at Queen Elizabeth Hall, along with many members of the Buenavista Social Club. Denys Baptiste’s international tour “Let Freedom Ring” featured me. It was based on Denys’ brilliant composition, which was commissioned to commemorate the 40th anniversary Dr Martin Luther King’s inspirational speech “I Have A Dream”. Courtney Pine and I are musicians. In 2006, Courtney released the CD “Bridges” with Robert Mitchel. We also completed an Arts Council-supported tour that focused on rural performances in the UK. Robert and I also participated in the development of a fusion project called “Nuance” with members from the Royal Philharmonic Orchestra. Dennis Rollins commissioned me to perform a work at Ensemble 360. The performance was well received at Doncaster Minster in Feb 2006. I had the opportunity to work with Dennis Rollins on a commissioned piece for Ensemble 360, which culminated in a well-received performance at Doncaster Minster in February 2006. From Aberdeen to The Isle of Wight to Newcastle, from the Eden Project Belfast, to Cork, including Ronnie Scott’s and The Jazz Cafe, QEH as well as the Royal Albert Hall. I also participated in major projects like Jazz Britannia. My 2009 album ‘From There To Here’ was released in tour. It began with a launch at the London Jazz Festival in November 2006. Other venues included Warsaw Jazz Festival, Brecon Jazz Festival and Ronnie Scott’s Jazz Club. The tracks from my forthcoming album ‘Best Foot Forward’ were previewed at Ronnie Scott’s Jazz Club and on tour in Brazil. Cuban qualifications include a teaching qualification. I have taught extensively in the UK, including at some of the most prestigious music colleges in the country, as well as in Cuba. I have taught Jazz Violin, as well as a variety of Latin Jazz Ensembles, at Leeds College of Music and other locations including London City University. He is now an instructor at Trinity College, London. I still teach at the National Conservatoire in Havana and recently published a textbook for university students on the violin in Cuban Music. I have a close relationship to the Cuban Ministry of Culture and the Cuba Solidarity Campaign. I also support the “attitude is everything” campaign to ensure that arts venues are accessible to patrons and artists with disabilities. Visit www.omarpuente.com