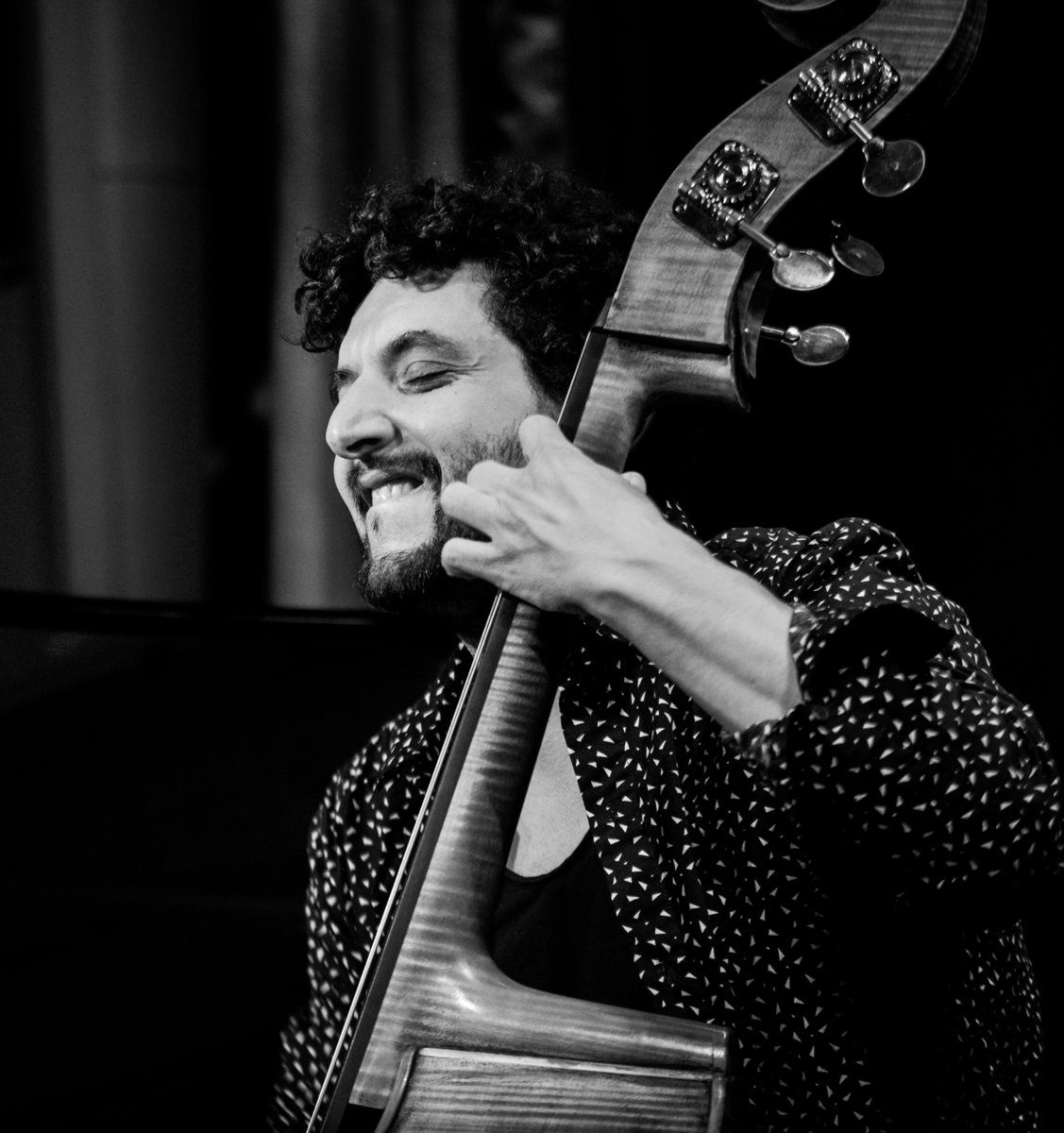 Omer Avital was hailed by The LA Times as “a pioneering combination of jazz and myriad other music elements.” He is a composer, a virtuosic musician, an oud player, and an active participant on the global music scene for more than a decade. The New York Times said that Avital and his group are producing some of the most original music in New York. Avital and his band are making some of the best music in New York. Avital, a bass player and bandleader, moved to New York in 1992. Avital was 26 when he signed with Impulse (Universal Music) to record and tour with Wynton Marsalis and Kenny Garrett. Avital began to become more interested in both his Arabic heritage and the Sephardic Jews’ ancient Andalusian music. Avital returned to Israel in 2002 to study Arabic music theory, classical composition, Oud (Arabic lute) and traditional Israeli music. Avital began creating works and working with his Ensemble’s core musicians since 2005 when he returned to New York. Recent projects include the Debka Fantasia Cycle, arrangements of traditional Israeli songs reimagined (and often returned to their original Arab roots), Songs of Devotion(Piyutim), that incorporate traditional Jewish prayer melody into chamber compositions, a Concerto For Bass and Orchestra, and a Large Part for his Ensemble-Song of a Land. Avital received the Prime Minister’s Award in 2008, which is the highest honor for artists in Israel. His music aims to capture the essence of Israel, with all its contradictions as well as beauty. Visit www.omeravital.com