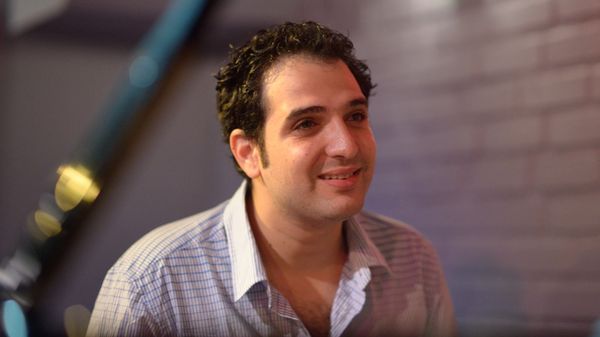 Omri Mor can be described as a composer, pianist and arranger. His musical talents range from Classical and Jazz music to Arabo-andalusian. He tours regularly with the trio of Bassist Avishai and has just released his debut album, “It’s About Time!” (naive belief, 2018). Omri was born in Israel in 1983. He started playing piano at age 7. At the age of 11, he took his first lessons on piano. His studies began at age 11. Omri was 14 when he met his three major musical influences. Under the direction of Benjamin Oren, Omri began to study classical music. He joined the Jazz saxophonist, educator and jazz saxophonist Arnie Lawrence’s class almost simultaneously. Lawrence invited Omri to join him for a weekly gig at the local coffee shop within a year. While Omri continued his classical and Jazz education, he met Moroccan-born singer and multi-instrumentalist Nino Bitton, a master of Arabo-Andalusian and Algerian Chaabi styles, among others. Omri would often visit Nino every day for lessons that could last from the late afternoon to the early hours in the morning. Friends and amateur musicians would also be there. After he had learned enough, Omri joined Nino’s band and began recording and playing with him. Mor has continued to perform in various musical genres, including being a member of the Jazz trio with Bassist Avishai, which tours extensively, and as a pianist in Drummer Karim Ziad’s band, and Algeria Chaabi Orchestra El Gusto. As a soloist, he has been a member of the Arabo-andalusian Orchestra and as a classical piano player with various Classical Symphonic Orchestras. In the last years, he has performed with Maurice El Medioni (Algerian-born pianist), Abdelkebir Merchane, Mahmoud Guidance, and Moroccan Gnawa masters Hamid El Kasri, Abdelkebir Melchane, who are all Moroccan Gnawa. Paytan Rabbi Haim Louk, as well as Israeli rock musicians such Berry Sakharof and Micha Shitrit, Shlomo Grinich, Shlomo bar, Rami Kleinstein, have also been his collaborators. Omri Mor’s debut album “It’s About Time!” comes at a time when his unique musical language has reached its peak. His soulful compositions reflect his many musical influences and showcase his exceptional pianistic skills. The album features some of today’s most prominent musical artists: Maalem Abdelkebir Berchane, Drummer Karim Ziad and Bassist Avishai, as well as Drummer Donald Kontomanou, Drummer Karim Ziad, bassist Michel Alibo, and Drummer Karim Ziliad. from http://omrimormusic.com