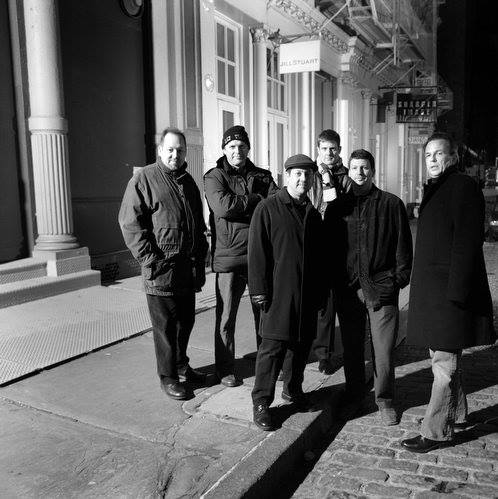 Jim Rotondi is a trumpet player, Eric Alexander is a tenor sax player, Steve Davis plays trombone, David Hazeltine plays piano, John Webber (or Peter Washington) is able to play bass, and Joe Farnsworth plays drums. One For All, a cooperative sextet, was founded in 1996 at Augie’s Jazz Club (now Smoke) in NYC. The band has created a strong, but elegant sound that has been synonymous with modern jazz’s hard-swinging and straight-ahead style. Each member of One For All has a solid reputation as both a soloist/bandleader and as a first-call player in the NYC music scene. One For All is a band that has worked hard to create their own sound while also preserving the traditions of the greats. Over the years, members of One For All have performed with a wide range of jazz legends such as: Benny Golson and Curtis Fuller; Jackie McLean; Harold Mabern; Cecil Payne; James Moody. Jimmy Cobb, Jimmy Heath, Slide Hampton. Jon Faddis. Charles Earland. Lou Donaldson. Horace Silver. Freddie Hubbard. Pharoah Bernie, Johnny Griffin, and Chick Corea. The band has released 12 CDs since 1997 and continues to receive rave reviews for live performances at festivals, concert halls, and clubs around the globe. One For All has also been a frequent recording artist for the Venus and Criss cross Jazz labels. from http://www.allaboutjazz.com/