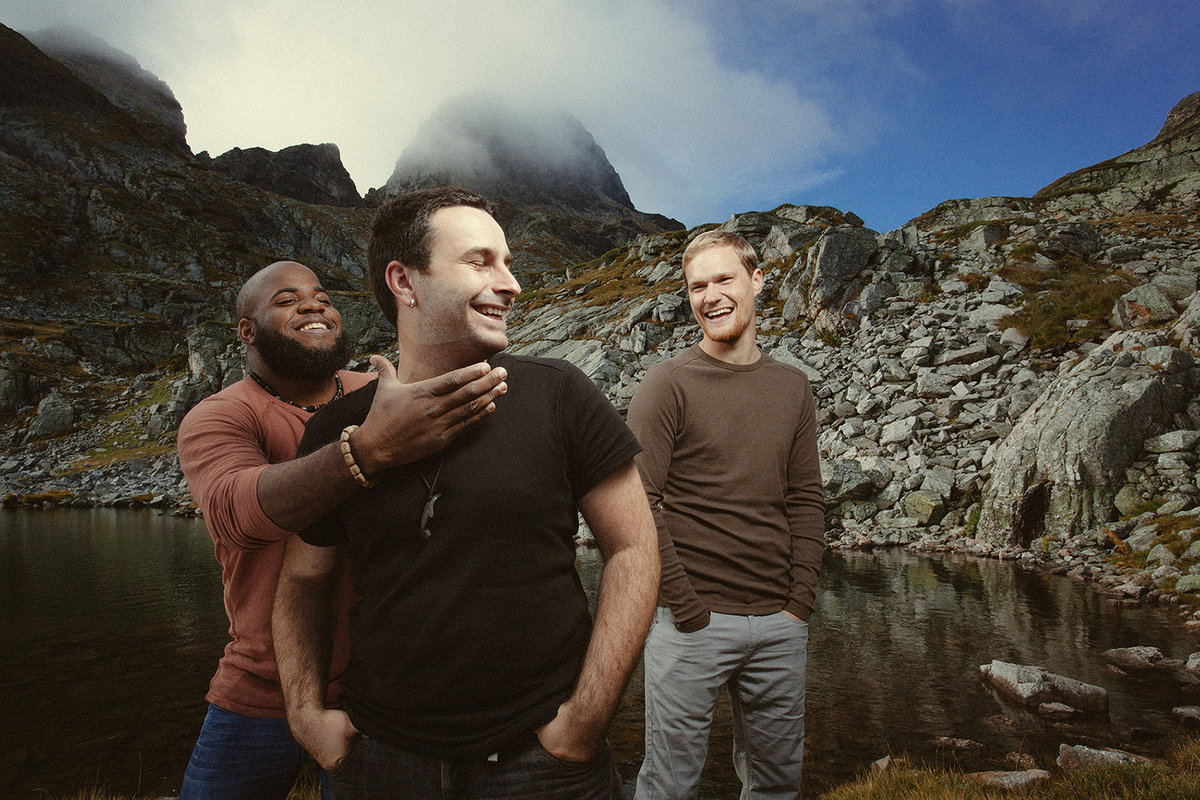 OPEN SOURCE TIO has been touring Europe continuously since 2010. It could be said that they are modernizing the jazz trio’s standard set-up. The band’s compositions blend various styles, including jazz, classical, electronica, and a bit of Bulgarian folklore. Open Source Trio’s debut album, “Mirage”, was released in 2014. It was well received by radio stations all over the world, including Radio6 (NL), allaboutjazz.com and Radio Darik. Their music was featured as the soundtrack to the documentary “Movers and Shakers of Contemporary Art”. The band performed at many festivals across Europe in 2015, and they were also paired with the “Pleven Philharmonic Orchestra”. They were also selected for the EBU – European Jazz Contest in Rotterdam. “Altitude” is the second album by the trio. The title is a reflection of the shared experiences that the band has had over the years. Juri Schewe, drummer, explains that “altitude” refers to the high mountains we climbed so many times – whether it was in the Rila Mountains or the Alps. These heights were also reached during the most intense moments of our performances on stage. You feel at ease, secure, and elevated. On the other hand, you feel grounded and in control. This is what the band members experienced while Ray Janga, Juri Schewe, and pianist Momchil Atanasoff were studying at the Conservatory of Rotterdam. The band welcomed Nikos Kalavrytinos, the new bass player, in 2016. They are three virtuous musicians from a young generation of jazz musicians for whom crossing stylistic boundaries is easy. OPEN SOURCE TIO’s music has been described as exciting, provocative, and complex. It also manages to create deep emotional echoes among the crowds it reaches. from http://opensourcetrio.com