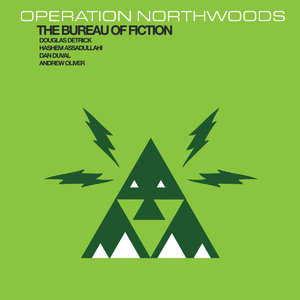 Operation Northwoods features Hashem Assadullahi, Douglas Detrick, Andrew Oliver, and Dan Duval, who play jazz with a chamber music sensibility to timbre, group interaction, and timbre. The band was formed in Portland, Oregon, where the jazz scene was bustling. Each member of the group contributes compositions, so each performance is an unpredictably mixed bag of styles. However, all members make creative use of their individual sound and improvisational voices. The codename of the 1962 CIA plan, to provoke war with Castro’s Cuba by staging terrorist strikes on American soil, is the name of the group. Operation Northwoods was named Operation Northwoods partly to mock a sad part of American history but also to refer to the Pacific Northwest, where people worry more about their craft beer and vegan pastries rather than communist hysteria. Comrades, don’t be afraid of the music! Operation Northwood’s debut album got some good press from emusic. It also featured Darcey James Arche’s “Brooklyn Babylon”, which was a great recording of chamber jazz featuring Hashem Assadullahi, Andrew Oliver, Dan Duval, and Douglas Detrick. Statuesque beauty with lots of warmth. You can challenge your Sunday morning peace with a tune that doesn’t sacrifice your Sunday morning tranquility. Highly Recommended.” – Dave Sumner, emusic, 5.1.13 from http://douglasdetrick.com