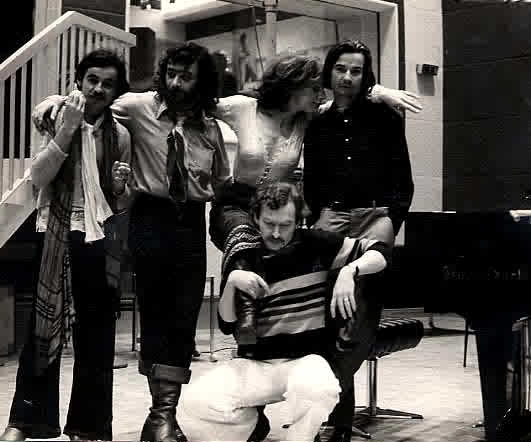 A large group of Paris-based French musicians formed in April 1976. Alain Astruc and Myron Meerson were part of the original 9-piece troupe. Jacques Berrocal was Richard Marachin, Philippe Pochan (Daniel Deshays), Pierre Bastien, Bernard Vitet, and Philippe Pochan were also involved. The album features a larger group and a studio recording that was made in Paris. This recording was played back while the 17 performers performed live at a left-wing political/music festival in Lyon, organized by Alain Rauch. You can hear the themes of Jac Berrocal, Gilbert Artman and one section sounds like an Urban Sax. From discogs