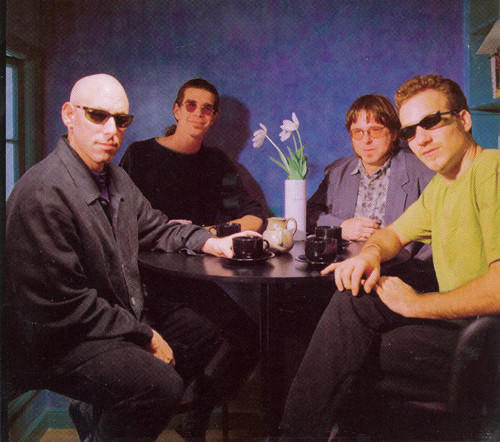 Although there have been many tributes made to Henry Mancini’s music since his death, none have been as funny as the Gramavision CD Plays Mancini 1996 Gramavision. Matt Brubeck, cellist and bassist, was one of Dave Brubeck’s sons. He met Ralph Carney and Joe Gore while recording a Tom Waits soundtrack. With the addition of Scott Amendola as drummer, they formed a band and started playing in San Francisco on a limited basis. Their main goal was to rewrite Henry Mancini songs. The band featured Pete Scaturro on organ, with Diarmid playing zither and bird calls. They also performed at the 1997 Monterey Jazz Festival and later released The Oranj Album. Allmusic