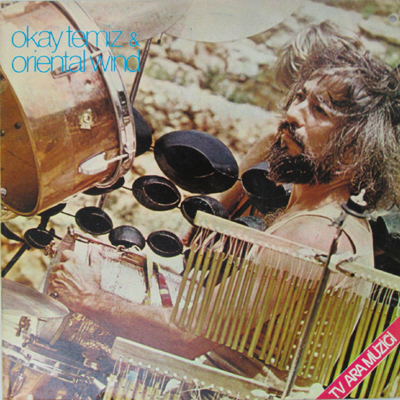 Okay Temiz was conceived in Istanbul in 1939. Temiz was born in Ankara. He received his musical education at the conservatory as a drummer/percussionist. At an early age, he felt a strong pull to a global musical style. Temiz began his studies and was forced to play in Turkish dance and show bands after he finished his studies. He spent his spare time studying the music of his musical friends. Temiz finally found the music he was searching for in Stockholm. It wasn’t among Swedish jazz musicians as you might think, but rather among Africans and Afro-Americans who settled in this northern metropolis. It was Okay Temiz, specifically, who was discovered. Don Cherry, a pioneer in global musical thought, noticed the Turkish drummer with unusual ideas. This drummer was admitted to a prestigious circle that included musicians like Mongezi Feza (i.e. Chris McGregor), Dudu Pukwana and Harry Miller. A large number of McGregor’s “Brotherhood of Breath” members, along with Palle Danielsson, Charlie Mariano, were concerned in introducing rhythms and melodies from far-off lands into jazz. Okay Temiz was involved with many musical projects over the years. One of these was the Turkish-Swedish group Sevda, which gained much popularity in Scandinavia. ORIENTALWIND is available in two editions, one Swedish and one Turkish. The latter was what helped Temiz discover the starting point for his own form of ethno jazz. Temiz used Oriental Wind as a springboard, and toured extensively with the band. He appeared in India in 1980 at the Jazz Yatra Festival, Bombay, and made a name for himself at festivals across Europe. Okay Temiz remains true to his vision of Orient-Occident fusion. He recorded Karsilama in 1999 with “drums beating, trumpets sounding”, or, more accurately, with davuls beat, and zurnas sounding. In 1995, he recorded a similar project in Finland with his MAGNETIC BOARD, a Scandinavian-Turkish quartet. Magnetic Orient (2002) was the result of this process. The Orient’s symphony (the Turkish dulcimer kanun, and the Turkish lute ord) is combined with western (jazz) instruments like the trumpet, electric bass, and Temiz percussion instruments. This fusion combines music from the Balkans, Turkish-Arabic regions, and Latin rock, jazz, and Latin. A course that’s perfect for the master drummer. http://www.jaro.de