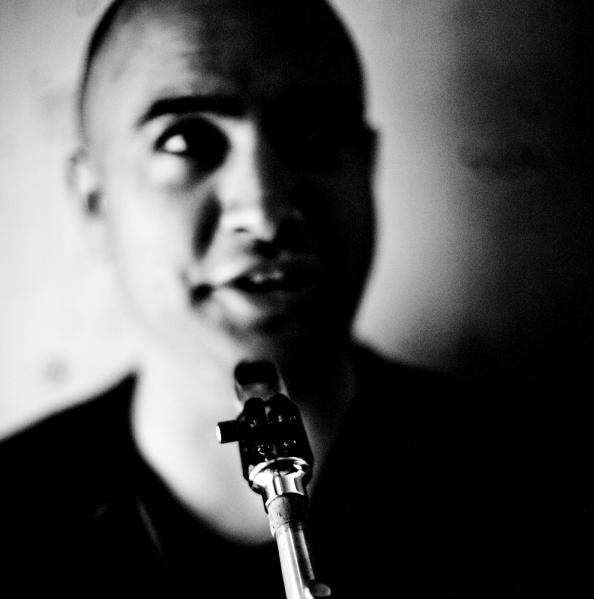 This trio is led by Adam Simmons, a multi-reed virtuoso and bassist Howard Cairns, and drummer Anthony Baker. It’s another aspect of Simmons music which also includes his quartet and the well-known Adam Simmons Toy Band. This trio presents largely new material. Adam is confined to alto saxophone and works within his own limitations (alto only). This allows him to explore the sonic possibilities. It’s similar to the Japanese art, folding paper. He starts with a piece of square paper and creates pieces that are complex and beautiful. The trio’s debut CD, “The Blues of Joy”, captures their birth. It was recorded in less than a week of Origami performing his first show. After four consecutive gigs, the fifth at Bennetts Lane Jazz Club was recorded live. A session took place two days later in Howard’s Newport back shed. Myles Mumford, the engineer, produced both sessions. His rich and warm sound captured the interaction between the three members of the trio. With a few surprises covers by artists like Outkast and Merle Haggard, the bulk of the compositions were composed by Adam. Origami is… Adam Simmons: Alto Saxophone Howard Cairns: Double Bass Anthony Baker: Drum Kit and Electronics from http://listenhearcollective.com